GTA: The Trilogy – The Definitive Edition is getting new patches as announced by Rockstar Games.

When Grand Theft Auto: The Trilogy launched, it wasn’t perfect. It came with a lot of performance issues and a lot were hoping for a patch to come sooner. 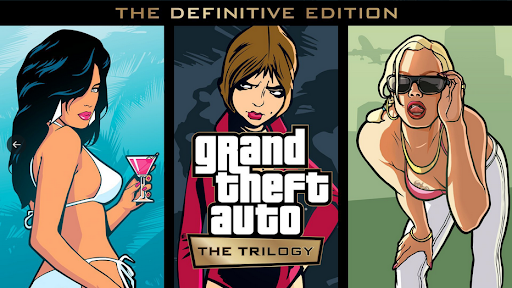 Because of the issues of the game, and the delayed action for it, fans felt abandoned. It is just now that Rockstar is addressing the issues.

Rockstar posted a tweet saying, “new patches are coming next week for Grand Theft Auto: The Trilogy – The Definitive Edition across all platforms.” 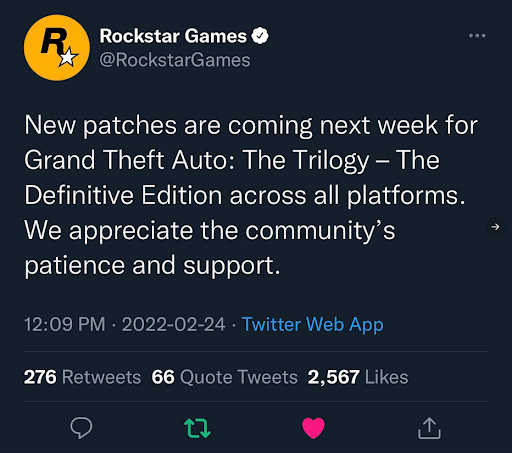 Rockstar did acknowledge that they were a bit late in their patch release by saying at the end of their tweet that they “appreciate the community’s patience and support.”

As of the moment, there is no information as to when the patch will launch or what will be included in the patch.

But since they said that it will be for all platforms, then we can expect this to be available for PC, PlayStation 4, PlayStation 5, Xbox One and Xbox Series X|S.

GTA: THE TRILOGY – THE DEFINITIVE EDITION AND CHEAPDIGITALDOWNLOAD

Get your copy of GTA: The Trilogy – The Definitive Edition here at Cheapdigitaldownload.com through our price comparison service and trusted stores.