Any PlayStation 5 questions? We got the answers for you, from the pre-order details, launch titles and so much more! 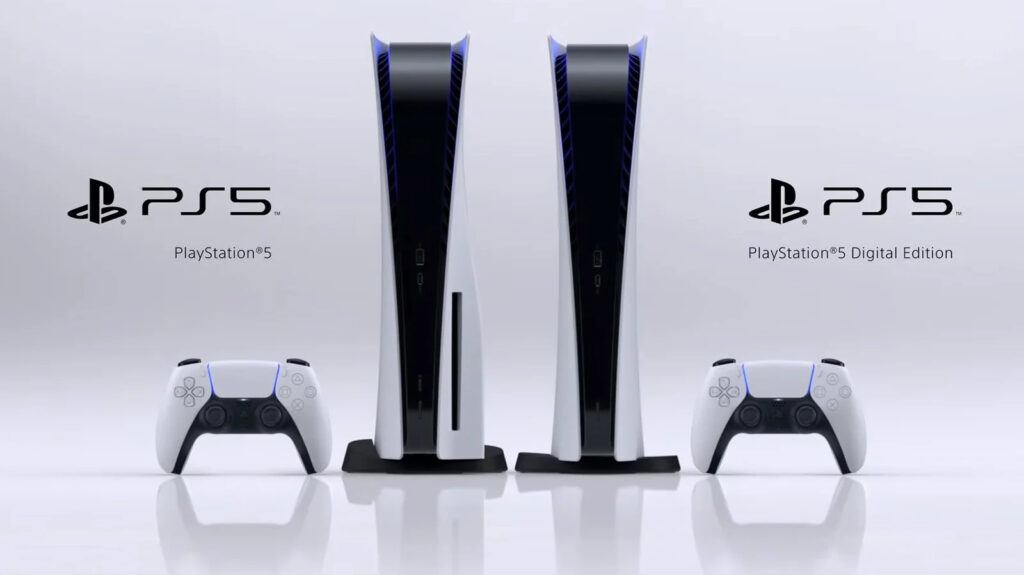 WHAT IS THE PLAYSTATION 5?

The PlayStation 5 or also known as PS5 is the next-generation console to come out of Sony Interactive Entertainment.

WHEN IS THE LAUNCH DATE OF THE PS5?

The PlayStation 5 is set to launch on November 12 for US, Canada, Australia, Japan, New Zealand, Mexico and South Korea. The rest of the world will get the game by November 19.

The console had been revealed on June 11 and since then demand for it had been high. Pre-orders had been sold out, and some online stores have crashed due to the high demand.

We have got for you what you can expect from the PS5.

Check out the complete PS5 specs below and you will think that this is one beast of a gaming console.

The PS5 comes in 2 editions, one is the Standard Edition and the other is the Digital Edition. 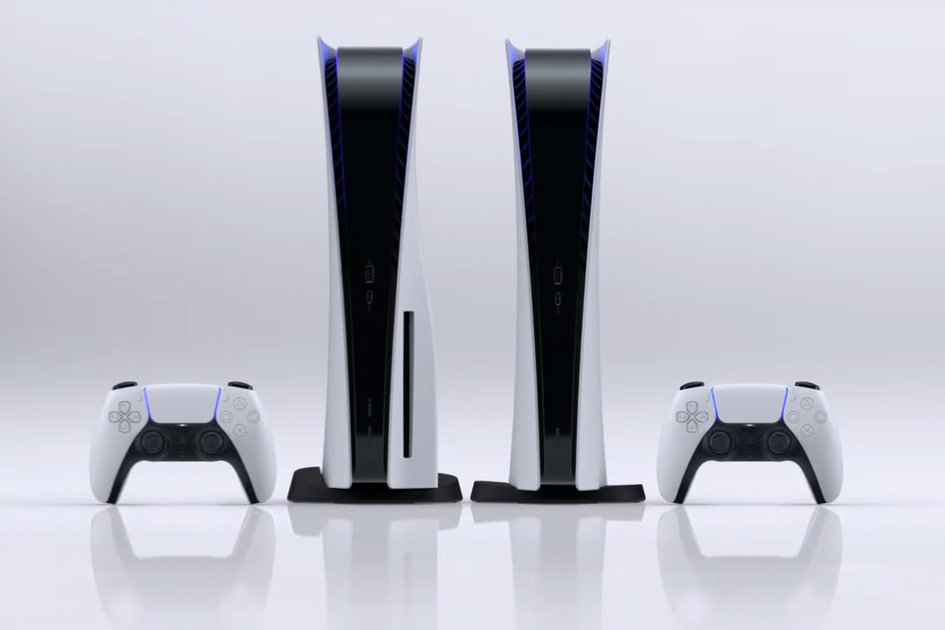 WHAT’S THE DIFFERENCE BETWEEN PS5 STANDARD AND PS5 DIGITAL?

The Standard Edition comes with all the expected features.

The Digital Edition is the streamlined version of the Standard Edition and it doesn’t have the disc drive and can only play games that had been digitally downloaded.

What’s great is that every PlayStation 5 game will have a digital edition at the PlayStation Store.

This is a great time to introduce digital-only edition consoles too. The digital sales could takeover the physical sales on console for the first time, most possibly because of the coronavirus pandemic.

HOW MUCH WILL THE PS5 COST?

WHEN AND WHERE CAN I PRE-ORDER A PS5?

Pre-orders for the PS5 online had not been easy as websites tend to crash because of the large orders of pre-orders.

If you are having a hard time preordering a PS5, rumors have it that a third-wave of open slots will be happening soon.

Right now availability for the PlayStation 5 is lacking but the current rumor suggests that limited stock of the PS5 has arrived in the US on October 16.

Most probably stores like Target, Walmart, and GameStop will have the console in the following days.

Make sure that check the availability on Amazon, Argos, Very and Currys as more stock could be arriving in a couple of weeks as the console’s launch is approaching fast!

WHERE CAN I BUY THE PLAYSTATION 5? 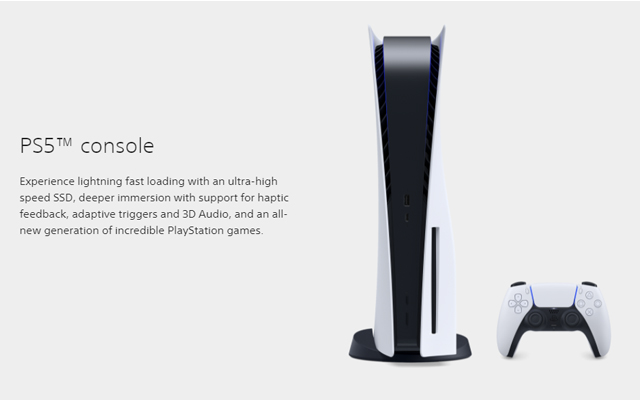 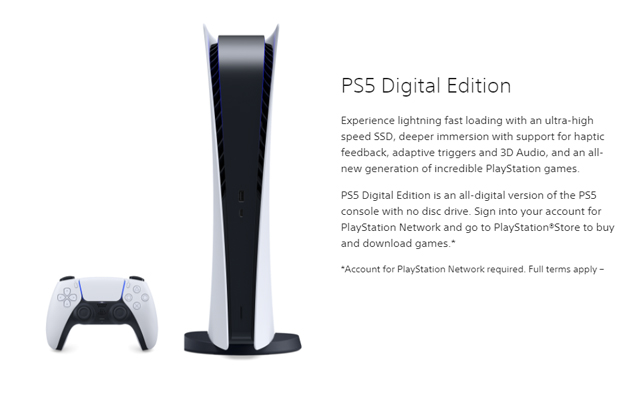 BACKWARDS COMPATIBILITY OF THE PS5

Sony already announced that PlayStation 4 games can be played on the PlayStation 5’s Standard and Digital Editions.

The experience will be the same on both versions but the only thing is, the access to the games are different depending on your console.

There are 99% of the PlayStation titles immediately available on the PS5 which also includes the PlayStation VR games. That comes to 4000+ games like Borderlands 3, Cyberpunk 2077, DOOM Eternal and FIFA 21.

In choosing consoles, one thing that is considered is the exclusive games that will be available for it.

What’s great with the PS5 is that it actually has a lot of confirmed exclusive games announced, and surely more are to follow.

SHOULD I GET A PS5 OR XBOX SERIES X?

Deciding on which of the next-gen consoles to use ultimately boils down to personal preference. But we made a quick comparison of the two below:

In comparison, the PlayStation 5 and the Xbox Series X are similar. Choosing which one to purchase will usually depend on preference and habit.

IS PURCHASING A PS4 STILL WORTH IT SINCE THE PS5 IS ALMOST HERE?

The PS4 prices have dropped but could still cost at around $250 brand new. The PS5 Digital Edition is priced at $399.

Another thing to think about is that most of the PS4 games will be available to be played on the PS5 and it may even look and perform better on the next-gen console.

If you decide to go for the PS4 because of budget constraints, upcoming PlayStation games will still launch for both consoles, so that you wouldn’t miss out.

Since the PS5 is the next console up from the PS4, it does have a lot of advantages over the other. Here are the specs comparison for both.

And again, the PS5 specs:

What does the difference in specs actually mean?

The PS5 sure packs a punch, the console is the very first to have HDMI 2.1 output which means that it will support 4K 120Hz gaming reaching up to 8K. As compared to the PS4, that is about double.

The loading times of the PS5 has been greatly improved because of its custom SSD. It is now 18 times faster than that of the PS4.

With all the improvements that the PS5 includes like the support for 8K, this console could most probably last a decade.

WHEN WILL THE PS6 BE LAUNCHED?

The PlayStation 5 has not been released yet, but just how long will it be before a PlayStation 6 is announced?

But with all the fantastic features that the PS5 comes with, it would most likely last up to ten years before another one is launched. 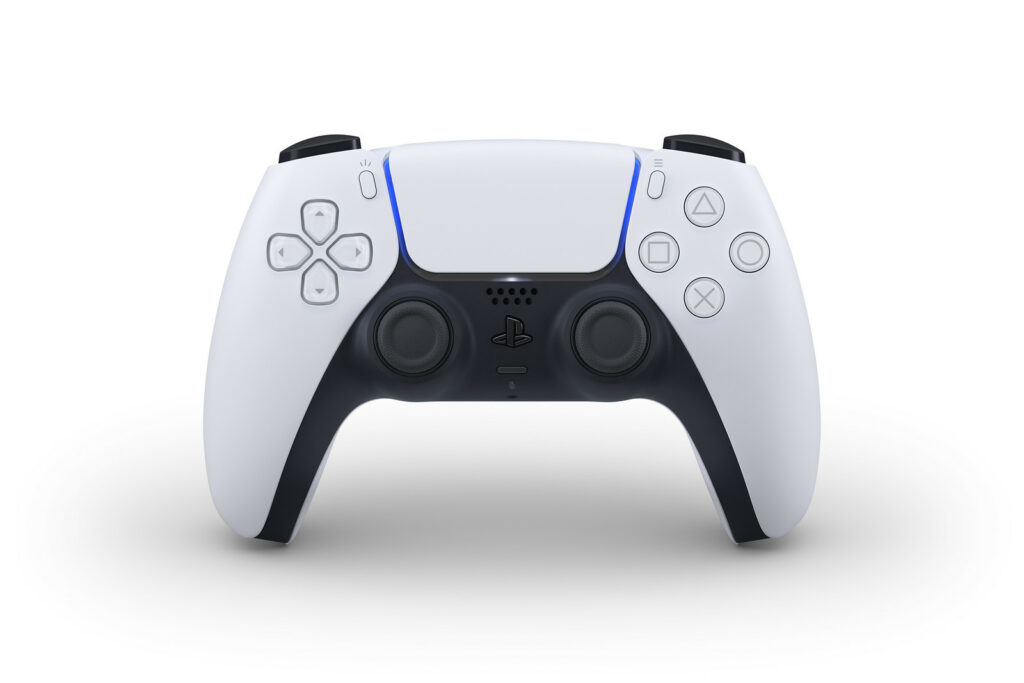 The PlayStation 5 is sure to be Sony’s most popular consoles ever. It comes with amazing new features, an improved user interface, exclusive games, and with an affordable price.

You can check out all the latest PS5 news and best deals for its games here at Cheapdigitaldownload.

I cannot wait for the ps5 to be released, the specs look great. I am looking forward to the 120 fps!