Here Are Some Doom Eternal Facts For You! 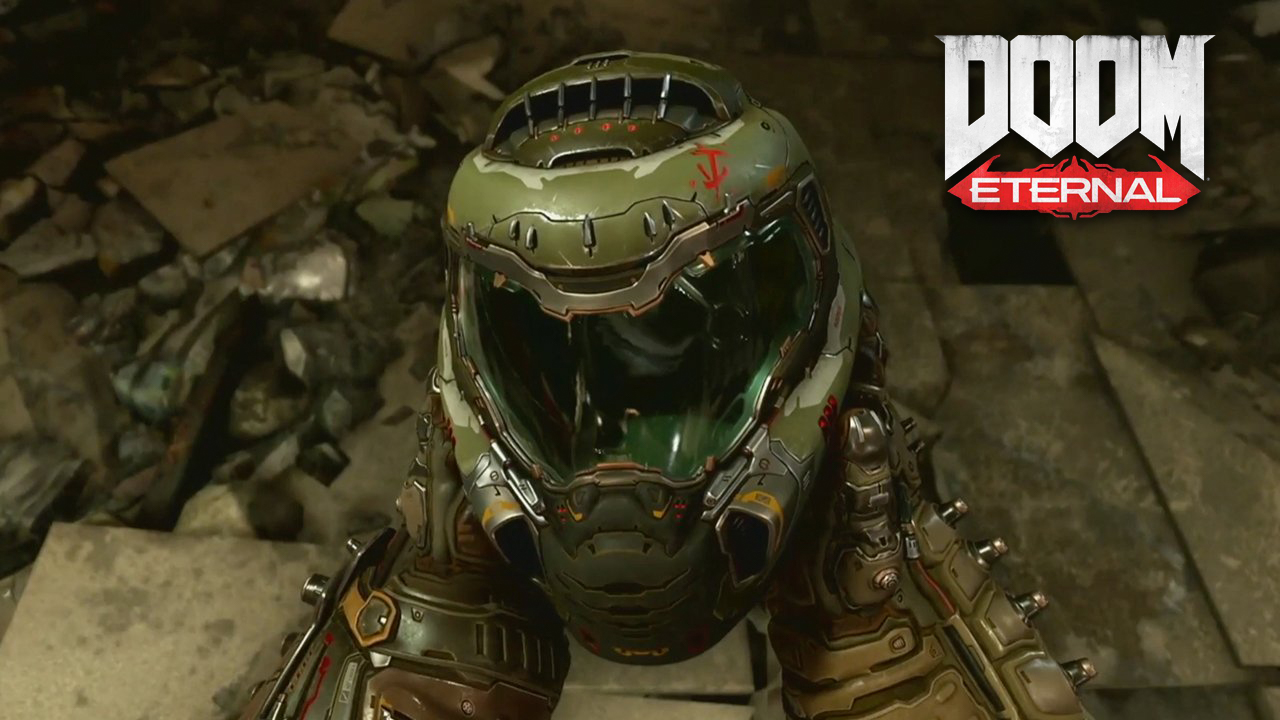 We’ve got for you some Doom Eternal facts that we were able to gather during this year’s QuakeCon. Bethesda has been talking about the sequel to Doom since 2016 and the grand reveal happened only recently during QuakeCon 2018. We know you are excited to kill those demons, so here are the facts that we have gathered for you.

First of all, if you haven’t seen it yet, get to watch the gameplay preview below. This was presented during the QuakeCon 2018 Keynote by gameplay director Marty Stratton and creative director Hugo Martin.

A redesign of Doomguy’s armor had been done in order for the players to feel more powerful. He looks more buff and also has two new armaments that are built in, which are the retractable hand blade and the shoulder flamethrower. You might think that his bulkier look would weigh him down but actually, he is faster than ever.

The previous game was set on Mars, this time around, the game is set on Earth and hell coming in, as seen in the gameplay, a lava pit had opened right in the middle of fallen bridges as well as ruined buildings. Also this time, the levels seem wider.

So far, what we saw in the trailer are the Pain Elementals, Imps, Spider demons, and Hell Knights. During QuakeCon, Bethesda was able to show Arachnotron, the Arch-vile, and the Marauder. If you’ve noticed, the Marauder looks like the Slayer. That is actually right and Bethesda said that there is a story behind it.

Id Software adds something visually special to the sequel and it is called “Destructible Demons”. As you may have seen when demons get blasted, chunks of them go splat everywhere. It’s a nice addition to the game’s gore and might we say that it is quite satisfying.

Some concept art for guns has been shared. There was a retractable arm blade called the Ballista and can be used to impale demons using explosive bolts. There is also a new Super Shotgun that includes a “meat hook” attachment. It kind of serves as a grappling hook to pull enemies close to you. You can also use it to traverse places.

This is a form of multiplayer where players are able to invade the campaigns of others. Players can take the form of a Demon and take on the Slayer or create “Slayer Hunting Parties” to take on the main player. Invasions are still up to the player too! They can control whether they would want to allow this to happen.

The devs are planning for a single player DLC for the game. They wanted players to have reasons to come back to it.

Welcome To The Doom Universe

Doom is not much in terms of story and lore but it looks like changes are coming with the sequel. Marty Stratton said at QuakeCon that, “We’re not just making a Doom game anymore, We’re building a Doom universe.” Concept art of the different locations has been shared and it is exciting to see what stories they will come with.

When Will The Game Be Available?

Id Software and Bethesda had a lot to reveal but they did not say when the game will be coming out. We are sure though that it is available for PC, PlayStation 4 and Xbox One and Switch.

This is all for right now. If we get a hold of other information, we will surely share it with you.