Here Are The PC Game Releases For August 2018 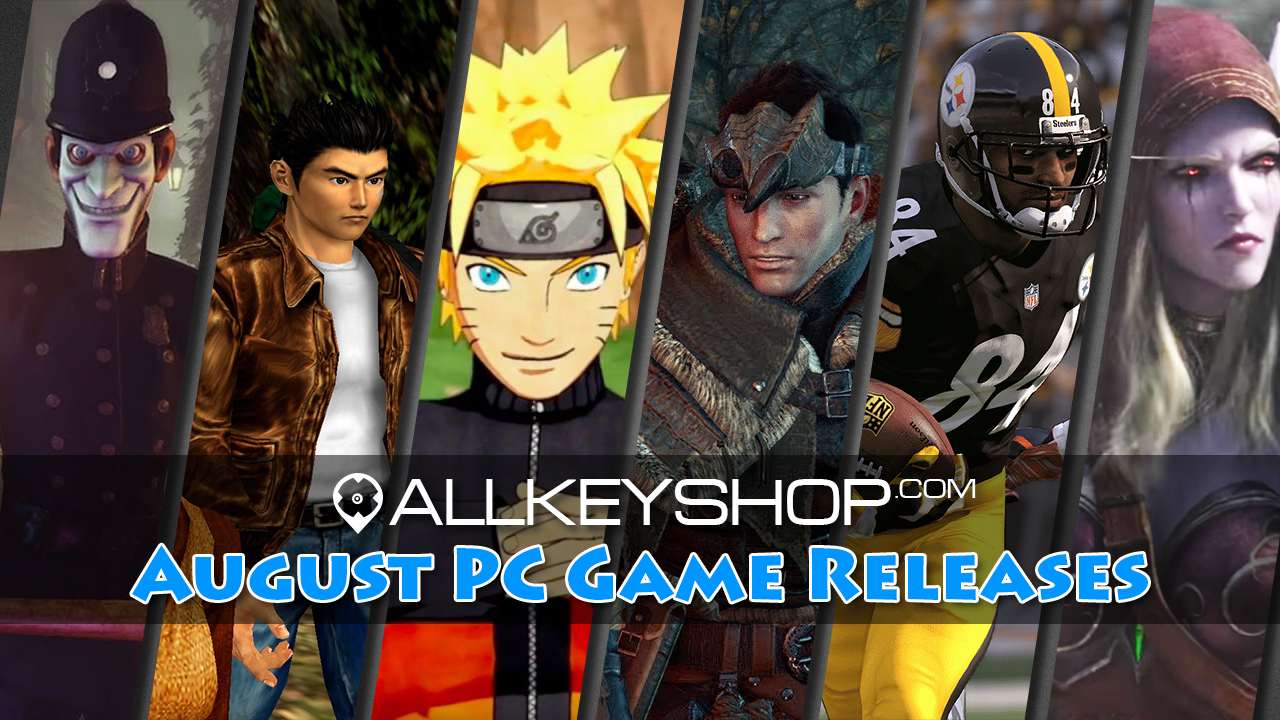 There are a lot of games coming in this month and we have made a list for you for the PC Game Releases for August 2018. If you are looking for a new game to play check out the list below, we are sure at least one will capture your fancy.

The long wait is over as the Yakuza 0 PC version is finally coming out. Play as Kazuma Kiryu in Tokyo Osaka during the 1980’s. He goes out for a single errand and ends up in a world of trouble as he finds himself in a murder scene. Experience a living breathing world that includes 100 stories and get to switch between 3 different fighting styles.

The panic-stricken restaurant management simulation is making a comeback. Get to go back to the Onion Kingdom and save the world once again as you gather your team of chefs. Play local or online or solo or with friends. There will be new mechanics, themes, and recipes as you go through the brand new map.

I know a lot of people are excited for this game. Get your armor and sword and go for some monster hunting. Take down the humongous beasts and get those oh so important loot drops. Study your surroundings and environment as well, as these can up your advantage in winning. There are also a lot of crossovers available in the gaming world.

The second part of the Longshot campaign called Homecoming is coming out with this installment. This requested story mode is an equal mix of narrative and gameplay. Madden NFL also comes with new features like the real player motion, one cut and push the pile. All of these makes the game of definitive American football experience.

Compulsion Game’s crazy adventure is finally here after being in early access for two years. Offering a retro and at the same time futuristic 1960’s England and the citizens are in a drug-induced bliss whilst everything around them is in disorder. Get to play as three different characters which intertwining stories and fight to get away from the dystopian prison called Wellington Wells.

World of Warcraft: Battle for Azeroth

The Walking Dead: The Final Season

Get to experience the season ender of The Walking Dead. This is the finale of Clementine’s story told from a different perspective. Enjoy a brand new visual style, a new over-the-shoulder camera, and new mechanics that will round it all up into the most immersive story there is for the game. This is one game that you wouldn’t want to miss.

Available on PC for the first time ever is the Dreamcast classics, Shenmue 1 & 2. Play once again as Ryo Hazuki who is a teenage jujitsu artist that is seeking revenge for his father’s death. You will be greeted by an open world where you can search for clues and beat up enemies as well as bosses all with your Hazuki-style jujitsu.

Offering a game of speed, F1 2018 is the most accurate F1 car simulation as of yet. There will be stunning graphics as well as new circuits for the season.

Play alone or team up with three of your friends and take on the role of fearless fortune hunters. Your opponent is Setei the witch Queen that has risen from slumber and now threatens Egypt. The year is 1930, take on the magical monstrosities with a mix of firepower and magical arts.

This year’s PES has a lot of things to offer to the game. There is a huge addition of licensed leagues, 11 new skills traits, improved animations, visual fatigue, a fully redesigned MyClub mod as well as David Beckham. Now, that is something to look forward to.

Naruto is making a comeback in a four-man team brawler. Choose your team of four and fight against other groups alive and find out who is the ultimate ninja team. The game offers new visuals, a dynamic third-person gameplay that allows players to use the environment to their advantage and so much more. You can even recreate the original Team 7 as your team.

And there you have it, folks, the 10 game releases for August 2018. And as always, you can check the best rates for the game only here with us at Cheapdigitaldownload.com.