Here Is The We Happy Few Review Roundup 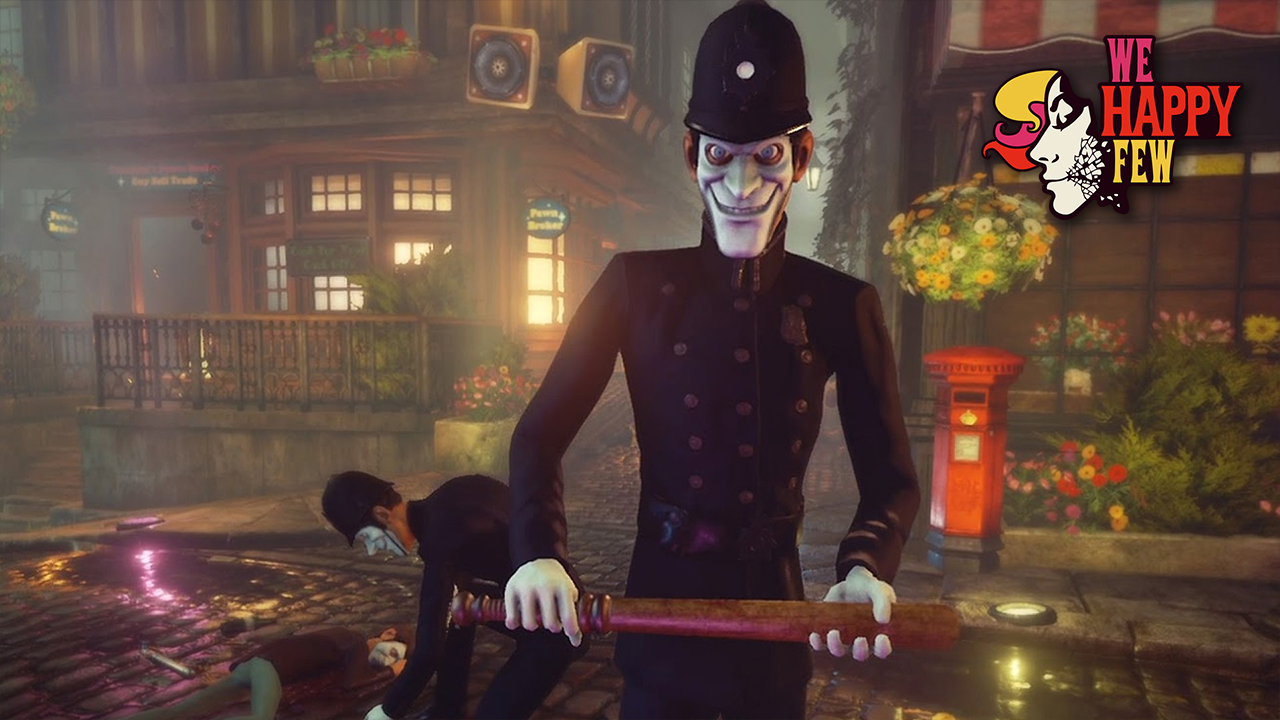 We’ve got for you Compulsion Game’s We Happy Few review roundup! This is a psychedelic adventure that recently launched for PC, PlayStation 4 and Xbox One. If you are still on the border whether purchasing the game and running around the English dystopia is worth it or not, check out the different views of the critics that we have gathered for you below:

“But even if you are able to overlook its technical shortcomings or perhaps wait for more stable patches in the future, We Happy Few’s biggest problems are ones that are hard to remedy. Its entire gameplay loop is underpinned by boring quests and long stretches of inaction. And even when it forces you to interact with its world beyond just walking to waypoints, combat, stealth, and otherwise fascinating societies fail to impose the right balance of challenge and tension.”

“We Happy Few’s focus on story over survival is a good choice, and at its best when dropping bombshells of truth that the drugged people of Wellington Wells have tried so hard to ignore. In its Early Access, I felt like wandering between procedurally-generated islands to stay alive wasted the intriguing setting and premise of its opening act. Now, exploring segments designed to reveal We Happy Few’s secrets are both fun and rewarding. Although survival and crafting are fairly manageable, running through randomly generated towns, streets, or abandoned fields unfortunately shows that We Happy Few can’t hide from the ghost of its own past, no matter how much Joy you take.”

“Even so, the characters, the acting, and the tragedy were enough to get me to eke what fun I could out of playing the thing. We Happy Few’s bugs and inconsistencies and thematic concessions make its open world tiring, survival obligatory, stealth frustrating, and combat clunky, but if you’re willing to take it slow and gather lots of herbs and metal bits for crafting, it’s worth exploring its mysteries. And there’s no shame in playing on easy to quiet the mobs a little.”

“Precisely because the story and the world stunned me so much, I can forgive it for some of the more technical issues that popped up here and there. A wonky framerate, cookie cutter NPCs – I must have seen the same little old lady a hundred times – and animation glitches were all dotted through my hours and hours (and hours) of gameplay, but at worst they were a distraction, a tiny pinch on the arm from the real world. In an ideal world a development studio would have time to fix all that stuff and make three cracking stories, but if Compulsion had to make a choice, I’m glad they poured that time into Arthur, Sally and Ollie.”

“Much like Contrast before it, We Happy Few shows off plenty of potential with its original and engaging world from a team whose passion and heart clearly shines through. Unfortunately, the random nature of the world ultimately hampers this ambition, and is held back further by lackluster stealth and inconsistent dialogue. Compulsion Games’ future is bright, with their acquisition by Microsoft signaling potentially great things for this small but clearly motivated team. As for now, immersive sim fans and players who can look past these issues will find a world worth getting wrapped up in, but you might need to take a Joy pill of your own in order to want to see Arthur’s journey to its conclusion.”

“For $60 I needed to see more quality, and instead became overloaded with quantity. Despite the game’s shortcomings, I am excited for the season pass, which promises to explore more characters and take a deeper dive into the world. Hopefully we’ll also be treated to a smattering of patches to add more polish to the experience. In its launch state, however, We Happy Few pleases the eyes and ears, but much like the fictional drug it features, the Joy is great… until it wears off.”

“While We Happy Few is dragged down by irritating missions, scarce-but-necessary resources, and technical blips from time to time, it’s a fun adventure that combines an eerie atmosphere and a gripping narrative to great effect.”

“Beneath We Happy Few’s flaws is an excellent story, some clever first-person exploration, and a bunch of stunning design work. But the rest of the experience feels profoundly self-conscious and unsure of what it actually wants to be, imposing on you in some areas while remaining hands-off elsewhere. If you’re absolutely set on picking the game up, I recommend waiting for a patch to address these issues and lowering your expectations in the meantime. Otherwise, you’re going to be in for a real downer.”

And it looks like the critics have mixed feelings about the game. Most of their reviews were swayed because of the bugs that were present when they played the game. A Day 1 patch was launched during the game’s release though, so most of the bug problems are fixed already. But if the game does interest you, you can get the best rates for it here at Cheapdigitaldownload.com.