Here’s The Review Round Up of Zombie Army 4: Dead War 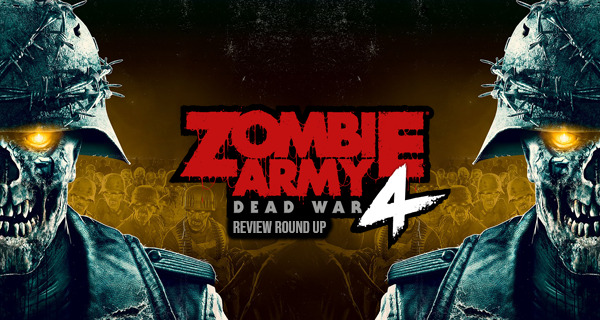 We have for you the Zombie Army 4: Dead War review round up. Check out what the critics have to say about the spine-chilling shooter by Rebellion. Hitler’s hordes are coming as the game actually launches today.

Zombie Army 4 is the reanimated corpse of gaming’s past, stitched together from the best bits of Sniper Elite. It’s a B-movie pastiche stuffed with classic movie references and thousands of heads (and bollocks) to pop. But most importantly, it’s a new game. A new, fairly-enjoyable video game in 2020 – what a concept.

An excellently-crafted shooter, especially with friends. Just don’t expect much in the way of brains.

Zombie Army 4 offers a cohesive and fun experience that doesn’t take itself too seriously. It’s engaging from start to finish and with its weekly challenges, the arcade-like setup of the chapters and leaderboards, and with Horde Mode, there’s a bunch of replay value here. Zombie Army 4: Dead War has finally broken free of its Sniper Elite shackles and will hopefully give rise to a lasting franchise of smiting out Nazi zombies.

So according to the reviews above, would you be purchasing the game anytime soon? Do tell us in the comments below.