The hype is up for the upcoming Horizon Forbidden West with the launch of a new trailer that features the terrifying Slitherfang which is one of Aloy’s enemies.


Horizon Forbidden West is launching on February 18, 2022, which is just more than a month away. But before that, Sony Interactive Entertainment and Guerilla shared a trailer that showcases the machines that Aloy will be running into the game.

Forbidden West will have a lot of machines, however, the Slitherfang is one of the toughest. It is able to spit out acid just like a cobra. The acid comes from a tank on the base of its throat. 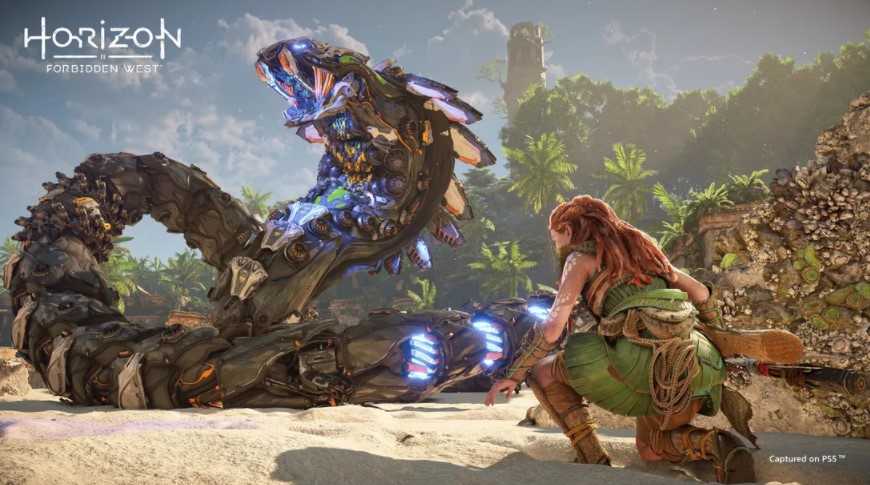 Another ability that the Slitherfang has is that it can coil its body around structures and fire lightning bolts with an electric wave using its tail.

To kill a Slitherfang, first, players must make sure to deactivate its ability to spit acid by targeting the acid tank on the base of the throat. The rattle tail can also be severed and used as a weapon against it.

More machines will be available when the game launches. Make sure to get your copy here at Cheapdigitaldownload.com to get the best deal available.