A new Horizon multiplayer game has been confirmed by Guerilla Games.

Guerilla Games announced in a recent tweet that they are looking for new hires to be a part of their team for the new Horizon multiplayer game. 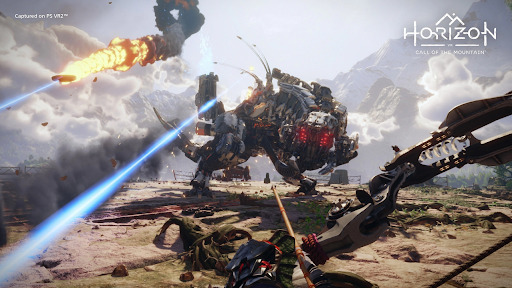 Guerilla Games said via their official Twitter handle that they are looking for “a new internal team” that’s “developing a separate online project set in Horizon’s universe.”

The post continues to say that the game will feature “a new internal team” that’s “developing a separate online project set in Horizon’s universe.”

Guerilla also confirmed that they are continuing work on solo Horizon games before the launch of Horizon: Call of the Mountian for the PSVR 2 which is coming out in February.

PRE-PURCHASE HORIZON: CALL OF THE MOUNTAIN ON CHEAPDIGITALDOWNLOAD

Get the best deal for Horizon: Call of the Mountain on Cheapdigitaldownload.com through our price comparison service and trusted stores.

you can also get the best video game deals in an instant with the Allkeyshop browser extension. Make sure you download and install yours now.