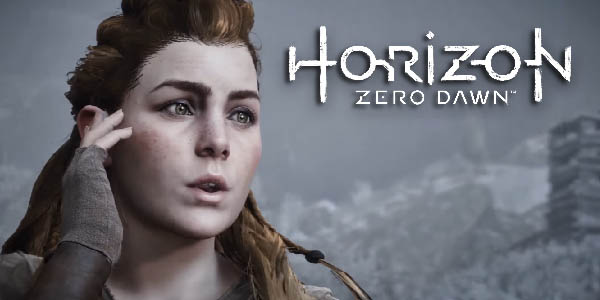 The trailer opens with the game’s main protagonist named Aloy. She surveys the surroundings of the scene where her allies have been massacred. The masked enemies that attacked them are powerful. Aloy sets out to look for them and leaves the ‘Sacred Land’. Upon her investigation, she realizes that what is happening is bigger than she could handle and is a major threat to everybody. The masked enemies are digging up ancient robots and using them to make an army. They present as a threat because they have the power to control other machines, and in a world which is populated mostly with machines, this spells the end of humanity. This is where you as Aloy will begin the journey.

The trailer is awe-inspiring because of its intricate detail to the scenes and the movements. The scenery is breathtaking and the towering and majestic robot-like-dinosaurs are astounding. Watching the trailer does motivate one to pick up the game and PlayStation 4 (if one doesn’t have one yet).

Horizon Hero Dawn officially launches on February 28 in the US and March 1 in the UK and the whole of Europe. The game is exclusively for PlayStation 4 only.