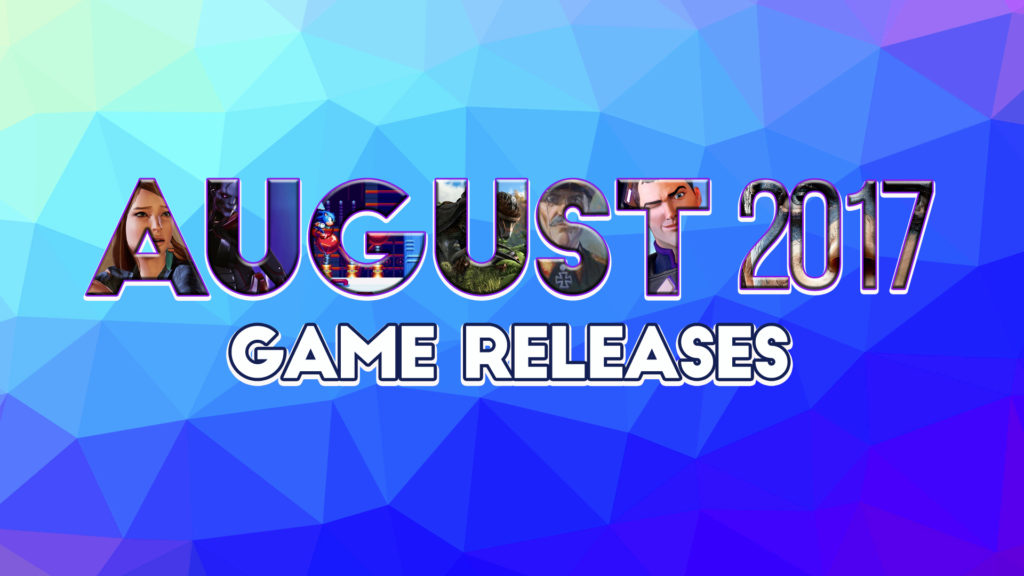 Want something new to play this August? We’ve got the list of the hottest games coming out this month. Any of these games caught your fancy? Tell us in the comments below:

From the makers of Devil May Cry comes the newest game called Hellblade: Senua’s Sacrifice. Play as the protagonist named Senua who is a Celtic Warrior suffering from different mental disorders. She is on a quest to find the soul of her dead lover. The game allows players to have a first-hand experience of mental illness since the developers actually worked with neuroscientists and people who experience psychosis.

Another game from the Sudden Strike Series is here with Sudden Strike 4. Offering players a real time strategy video game in a historical setting. The gameplay is tactical and in depth. Also featuring 20 missions, three campaigns, multiplayer mode, over 100 authentic units and mod support through the Steam Workshop.

An oldie but definitely a goodie! This beloved 2D platform game is back with everything re-imagined. There will still be the classic feel as well as all new zones to finish. Play as Sonic, Knuckles or Tails. Finish one level after another and progress through the game. Fight with powerful bosses and discover new paths and secrets.

An open world action adventure game set in the Saints Row universe is here with Agents of Mayhem. Choose your three agents out of the twelve available. Every agent is different from looks, personalities, skills, and weapons. Complete missions against the LEGION and its leader Morningstar.

Feel the thrill of winning in the 2017 World Championship in F1 2017! This year’s installment from the F1 video game franchise features iconic classic cars along with other awesome features such as a 10-year Career Mode, the new Championships mode, and even more features!

XCOM 2 War of the Chosen

War of the Chosen is the expansion to the highly-acclaimed 2016 strategy game XCOM 2. This expansion adds new factions and hero classes (Reapers, Skirmishers and Templars), new enemies (The Chosen), new threats, environments, and mission objectives.

After being in Early Access for so long, Ark Survival Evolved is finally launching. Players are able to tame, train, breed as well as ride dinosaurs. Players must survive as well, so build structures, grow your own food, make weapons and explore this vast world.

Life is Strange Before the Storm

Set 3 years before the events of Life is Strange, Life is Strange Before the Storm shares with us the life of Chloe Price and Rachel Amber. You will get to see how they built an unlikely friendship together. The choices that you make in the game will give proper consequences leading to multiple endings in the game.