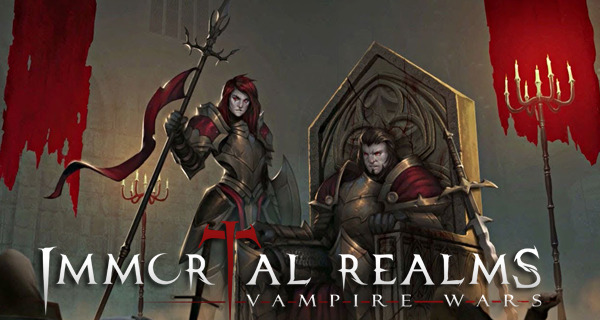 The gothic, strategy title Immortal Realms: Vampire Wars has launched for Xbox One as part of Xbox Game Preview. Published by Kalypso Media and developed by Palindrome Interactive, the game offers a mix of tactics empire management and card-based battles.

The launch of the game as a playtest for Game Preview comes after the closed beta test that launched for the PC available for those who pre-purchased the game. To celebrate, Kalypso Media has released a new trailer that features the gameplay on the console. Get to watch that below:

The Game Preview version of the game will come with the full Dracul campaign. In this campaign, players will be managing their vampiric empire as well as engaging in turn-based strategy battles. Before the game officially launches, two more campaigns will be made available which are Nosfernus and Moroia. Also, this version does come with all the updates available in the PC beta version like new mechanics, new maps and upgradable buildings. And of course, since this is a playtest, you have to expect that it still comes with bugs. If you would want to play a much complete game, we suggest that you wait until the official launch.

Immortal Realms: Vampire Wars is set to launch by Spring of this year and is set for PC, PlayStation 4, Xbox One and Nintendo Switch.