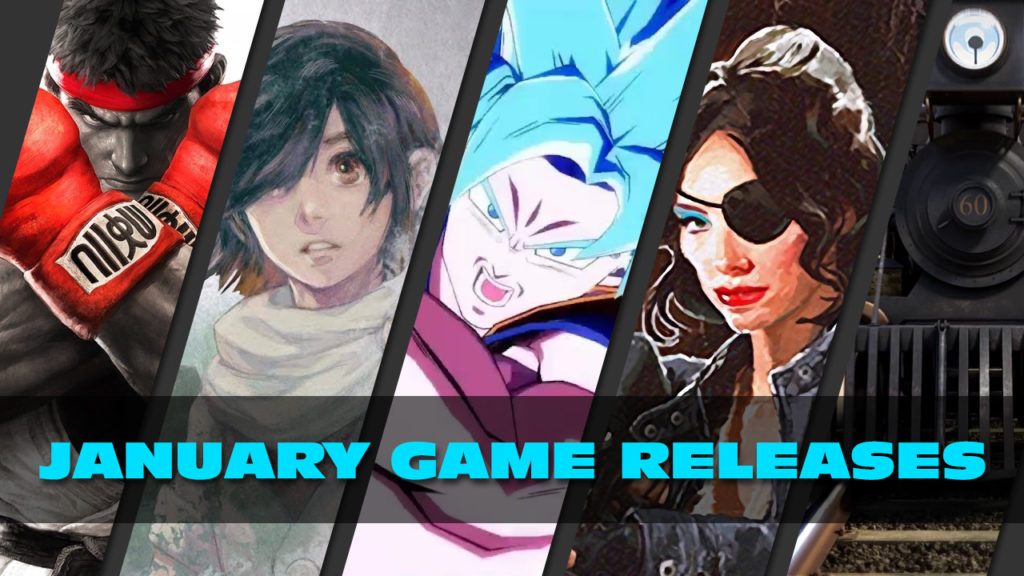 2017 has come to a close and the January 2018 game releases are here. Last year had been one of the best years for gaming and 2018 is sure starting strong with great games coming this first month of the year.

Another version of the flagship fighter, Street Fighter 5 will be releasing this month. This next edition is the Arcade Edition where 12 new characters will be added coming from the first two seasons. It will also come with an arcade mode that is themed after the classic Street Fighter games. A team versus mode will also be added as well as others. All these new content will come for free to game owners except for the 12 paid characters.

I am Setsuna’s spiritual successor by Tokyo RPG Factory will finally be releasing to the western players. The game was first released in Japan in October of last year. This is a traditional JRPG that will let you play as Kanata. This young adventurer has the power of Memory. You and your friends are the only hope to save the world from the “White Fog”.

From the makers of Guilty Gear and Blazblue, Arc System Works took on the task of creating a competitive fighter game based on the Dragon Ball franchise. The game offers 24 confirmed characters that came from Dragon Ball Z and Dragon Ball Super Series, 3v3 battles, out of this world game mechanics, and so much energy beams. This game is sure to produce epic battles.

Railway Empire comes from the makers of the Tropico Series. It features 40 extraordinarily detailed trains, 300+ technologies, and gameplay that spans over 100 years starting from 1830.

WOLFENSTEIN 2 THE NEW COLOSSUS – THE DIARIES OF AGENT SILENT DEATH

This is the second chapter of the Freedom Chronicles. Play as Jessica Valiant a former American Secret Service agent. Your mission is to find out what Operation San Andreas is about as well as discover what the Nazi’s are planning in California. Use the element of surprise by using your pistol and sniper rifle as well as your stealth skills. Get this as part of the Season Pass or purchase it individually.