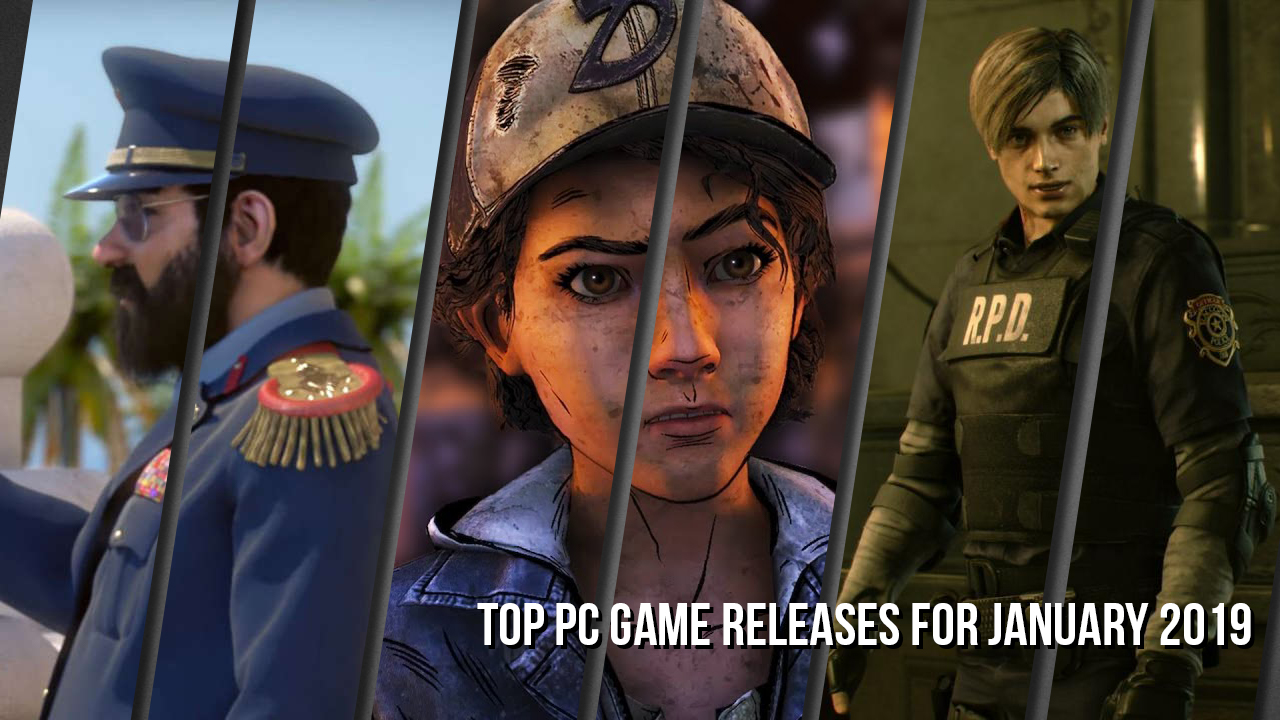 It is a new year and we have for you the January 2019 Top PC game releases. The gaming world is starting 2019 with huge games. There is a new entry for a long-running series, a new episode for a game that everybody thought was canceled, a remake of a popular title as well as some other releases.

We have that list for you down below as well as the best prices that we have for the game with our comparison service. Start the year with a new game and for the best price with us!

Bandai Namco is bringing back Tales of Vesperia, a tale of two friends who are destined to meet as their fates are locked due to a power struggle that starts because of an ancient technology. This is the Definitive Edition so it is now available in full HD graphics, new music, bosses and mini-games plus previously Japanese exclusive costumes. There are also two new playable characters which are an amnesiac pirate girl named Patty Fleur and an Imperial Knight, Flynn Scifo.

Princess Yuki has been abducted! Samanuske and Kaeda must rescue her from the demon abductors by playing some environmental puzzles and slashing your way through your hellish enemies. The ninja hack-and-slash adventure is back and is now available in the modern systems. It offers a high definition visual upgrade, some improved controls, a new soundtrack and having the option between the original 4:3 or the widescreen 16:9 aspect ratio.

This is such a treat to fans of the game! Everybody previously thought that the game will never see its ending when the studio Telltale Games closed down. However, Skybound Games was able to save the day by stepping in and continuing the project. For those who were already able to purchase the game before, you can get the last two episodes on their current platform and those purchasing The Final Season only are able to do so through the Epic Game Store.

A great classic title is making a comeback this month and it is the Resident Evil 2 remake! This, however, will not be your typical remaster but a full remake from the ground up. Get to experience this horror, survival game in HD powered by the RE engine.

The El Presidente is back and this time around players will be managing huge archipelagos that have multiple islands. This is a first for the series. Build up your nation and manage it while taking into consideration the resources that each of your islands have. Establish the correct infrastructure for your islands to connect them together. You can also send out your operatives to steal precious landmarks to use in your own islands.

This year’s gaming world is up with a great start! If you are wanting to play any of these amazing games, remember that you can check them out with our trusted stores and comparison service for the best prices only here at Cheapdigitaldownload.com.