The Last Of Us Part II Trailer Is Revealed By Sony 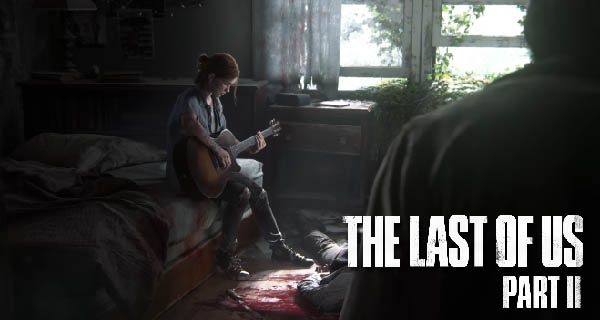 The Sony PlayStation Experience Keynote event recently revealed the Last Of Us Part II Trailer. And it actually shows a direct sequel to the original game that came out on 2013.

Remember Ellie? That little defenseless girl from The Last Of Us? She is back and is all grown up and tattooed. The video opens to a desolate forest then to what looks like an abandoned community. Ellie is in one of the houses sitting on a bed. She is in one of the rooms all bloody and playing an acoustic guitar. She sings to the lyrics of “I walk through the valley of the shadow of death. And I fear no evil, ‘coz I’m blind to it all. In my mind, my gun, they come for me, because I know I’ll kill my enemies when they come. Surely goodness and mercy will follow me all the days of my life and I will dwell on this earth forever more. Said I walk beside the still waters and they restore my soul but I can’t walk on the path of the right because I’m wrong.”

As she sings her song of despair, a man with a gun walks into the house. He walks past dead bodies and sees Ellie. He then asks, “What are you doing kiddo? You really gonna go through with this?” She then answers, “I’m gonna find, and kill every last one of them.“ It is a fitting story of revenge and it’s got us all excited about the game.

There were no specific dates about the game though. And Naughty Dog’s Shawn Druckmann, the game’s creative director did confirm that Ellie and Joel are back as the characters of the game saying, “Joel was the star in the first, Ellie is the star of this one.” He has also said that “Ellie plays differently from Joel.”

Druckmann has also posted on the PlayStation blog that, “I can’t tell you how satisfying it is to finally be able to say that Ellie and Joel are back for another intense, harrowing, and emotional adventure. Like many of you, we have a deep love for the world of The Last Of Us and its characters, and while a sequel may have seemed like a foregone conclusion, that wasn’t the case. We knew that it needed to be a story worth of Joel and Ellie. After spending years on different ideas (and almost giving up), we finally uncovered a story that felt special – a story that evolved into an epic journey.”

Are you all hyped up about the sequel of the Last Of Us? Share your thoughts with us in the comments below.