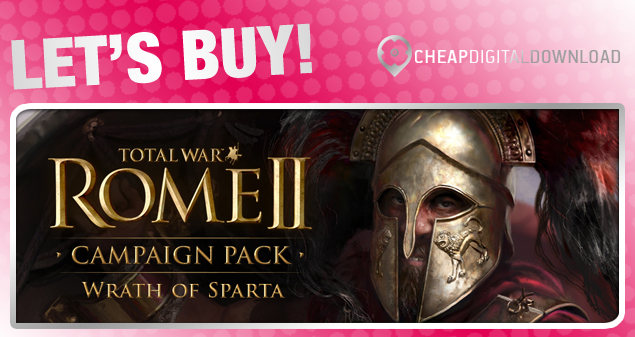 Total War: Rome II has introduced its newest expansion, Total War Rome II: Wrath of Sparta. While Wrath of Sparta is a strategy game like every other game in the Total War series, it has surprised us with lots of new features such as province management, battle scenes, and outstanding graphics, that will surely make you enjoy the game.

In addition to the traditional sieges and field battles, a myriad of battle types are available in Rome II. These battle types include the following: 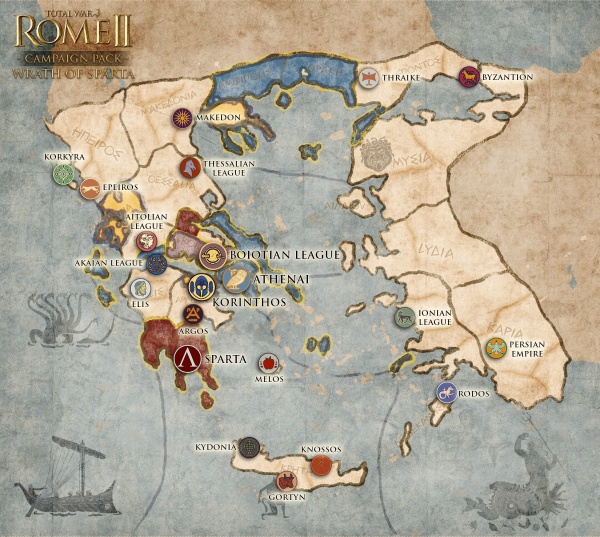 The earliest period any Total War game has depicted, Wrath of Sparta’s campaign map is a vivid and detailed representation of the Greek world in 432 BC; featuring 22 provinces across 78 regions, covering the Greek mainland, islands and the Ionian coast. The map brings 12 new Wonders to light, including the Ruins of Troy, the Temple of Zeus and the Royal Tombs of Makedon. Furthermore, as the campaign features a tighter timeframe than the ROME II Grand Campaign, each turn represents one month.

Athens (Athenai), Corinth (Korinthos), Sparta and Boiotia are all playable in Wrath of Sparta, each bringing its own faction traits, unit rosters, challenges and geographical starting point. In addition, famous generals and statesmen of history appear throughout the campaign, such as the Spartan general Lysander and the Athenian dignitary Sokrates.

In homage to their historical strengths, Sparta can field a greater variety of troops than other factions to reflect its mastery in land warfare, while Athens has the roster advantage in naval warfare. 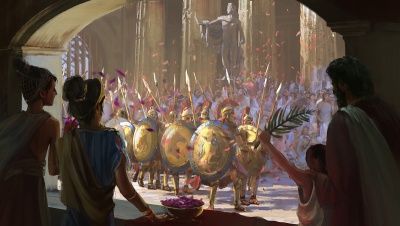 The Greeks of the age were keen athletes, and the annual competitions of the Olympic, Pythian, Sithmian and Nemean games are represented. When each is held throughout the yearly calendar, you’ll have a number of choices to make. Do you sponsor an athlete, back a competitor, send an envoy or do nothing? Each choice can bring you favour or misfortune. Likewise, the Greek calendar was packed with religious festivals, which bring their own campaign bonuses and benefits, and bring the flavour of the age to life.

Wrath of Sparta features all-new tech trees, reflecting the military, naval and civic developments of the time. The six branches enable the player to advance in the fields of military, naval and support technologies, philosophy, aesthetics and mathematics.

With the exception of the Persian Empire, the factions represented in Wrath of Sparta are Culturally Hellenic, so ‘Culture’ has been replaced with ‘Tribalism’. Each faction belongs to one of the Greek tribes, and while the four playable factions won’t suffer from public unrest due to the presence of other Greek tribes, they will suffer major diplomatic penalties with factions that were not ‘true’ Greeks.

The Empire of Persia sits at the eastern end of the campaign map and remains largely uninvolved with Greek affairs. However, if one Greek state rises to dominate all others, the Persians will escalate their military involvement over time, in a growing effort to bring that power to heel!

New unit rosters are available to all four playable factions, representing warfare of this period in Greek history. The Greek factions feature a heavy emphasis on hoplites, with supporting elements to react to different combat scenarios and bring tactical variety. There are fewer but more specialised units of mercenaries available to swiftly bolster and bring greater flexibility to armies, and these are more widely available across the provinces.

The backbone of Greek naval assets is composed of tactical variations on the Dieres and Trieres hull types, with a greater focus on ramming and boarding. In addition, troop transports act more as cargo ships than combat vessels, and are no longer able to ram in naval battles, reducing the unfair advantage of troop convoys in naval warfare. This change will be retroactively applied to all ROME II campaigns.

Amongst over 50 new Naval and Land units for Wrath of Sparta, you will also encounter specialist and legendary troops, such as the Immortal Spearmen, Spartan Hoplites and Skiritai.

Looking to buy your CD key for TOTAL WAR ROME 2: WRATH OF SPARTA? We’ve got you covered! Our website lists the most trusted online CD key stores in the world as well as the prices they offer. By purchasing the game in digital download format, you save more money by avoiding costly shipping fees as the CD keys are delivered to you electronically.

To start making your purchase, simply visit our TOTAL WAR ROME 2: WRATH OF SPARTA price comparison page. From there, all you need to do is choose a store, or the price that’s more convenient for you, and click the SHOP NOW button. You will then be redirected to your selected store’s website, and all you need to do is add the item to your Shopping Cart, proceed with Checkout and make your payment. 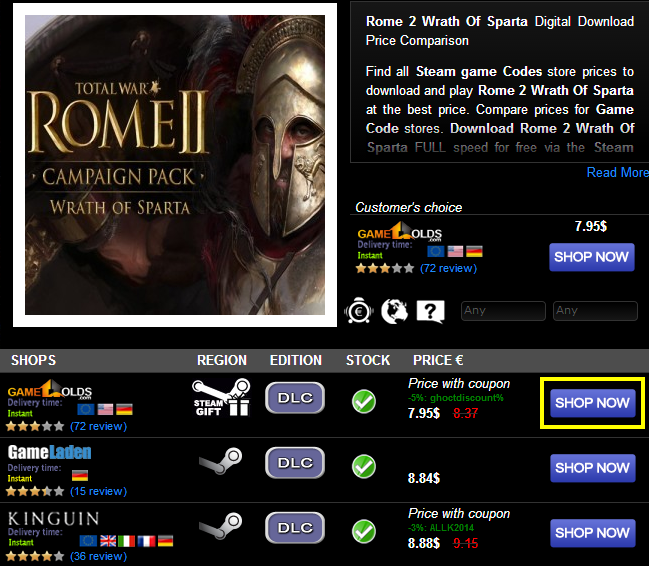 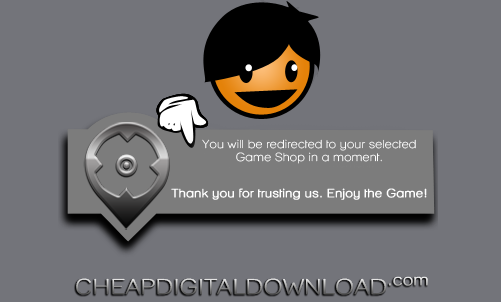 Payment methods differ from one store to another. Please check first if your selected payment method is available in the store’s website before deciding to make a purchase. CheapDigitalDownload.com will not be liable for fees or refunds involved if you decide to cancel your purchase.

Do not forget to check, double-check, and triple-check the time of delivery of your CD key, the game’s language/region/edition before making a purchase. The game’s complete information and description (language, region, edition) are readily available on the store’s website, thus CheapDigitalDownload.com will not be liable for CD keys purchased by mistake, nor are we liable for any refunds. . In case you made a purchase in error, please contact the store directly.

There will also be instances when the store you selected will ask you to verify your identity on the time of your first purchase. This is done only for security measures, so you need not be afraid. They will sometimes ask you to take a photo of yourself holding you ID card, for example. You can opt to hide the numbers on your card, or any information you do not wish to share with them. You can leave your name and your photo visible instead.

Every seller proposes their own time of delivery. Some stores deliver immediately after purchase (Kinguin, G2A, etc.), while others take a longer time (ex: Cdkeypascher). In cases when your CD key has not arrived yet, please contact the store directly. Also take into account that pre-order games are only sent a few hours before the release date of the game, so do not panic :).

Do not forget to check, double-check, and triple-check the time of delivery of your CD key, the game’s language/region/edition before making a purchase. The game’s complete information and description (language, region, edition) are readily available on the store’s website, thus Cheapdigitaldownload.com will not be liable for CD keys purchased by mistake, nor are we liable for any refunds. In case you made a purchase in error, please contact the store directly.

HOW TO FIND THE BEST PRICE FOR TOTAL WAR ROME 2: WRATH OF SPARTA USING “FILTERS”

Our price comparison pages include several features which can help you see what you only want to see on your screen.

*Mode of Payment – choose this filter to see which stores offer your most preferred mode of payment (Paypal, Skrill, Credit Card, etc.) 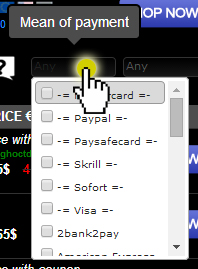 *Price Alert  – If you wish to receive alerts when prices change on TOTAL WAR ROME 2: WRATH OF SPARTA and purchase the game at the best price, all you need to do is enter your email address, choose the price you are expecting, and the period you want to receive the notifications. 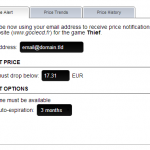 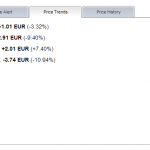 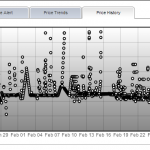 Got questions? You can always rely on our Frequently Asked Questions (FAQ). Our FAQ page contains information about us, digital download games, CD keys, and more!

We hope you find this article useful when purchasing your TOTAL WAR ROME 2: WRATH OF SPARTA CD key. Happy shopping!

good prices for good game thanks for the guide

thanks alot for the tip