The Lies of P 8K gameplay video has been revealed.

Korean developer Round8 Studio’s upcoming Souls-like game called Lies of P has a gameplay video in 8k. They are the same developers responsible for the game Bless Unleashed. 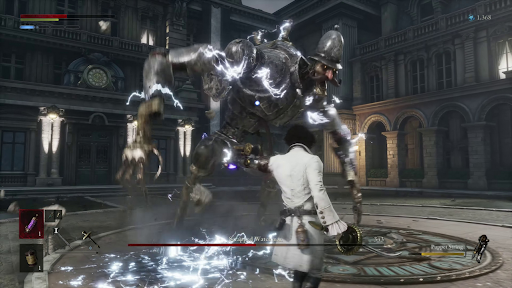 The game follows the twisted story of Pinocchio, a mechanoid puppet who must find his way across a mad city to look for Mr. Geppetto.

Lies of P is a dark retelling of a fairy tale. It paints a dark world that is influenced by your ability to lie.

Lies of P is set to launch sometime this year and is available for PC, PS4, PS5, Xbox One and Xbox Series X|S.

Get to watch the Lies of P gameplay. Get to check it out in this article: Lies of P 30-Minute Gameplay Revealed

PRE-ORDER LIES OF P ON CHEAPDIGITALDOWNLOAD

Get the best deal for your Lies of P CD key here on Cheapdigitaldownload.com through our price comparison service and trusted stores.