Lord of the Rings: Gollum Pushed Back

The Lord of the Rings: Gollum has been pushed back. Daedalic said that the game will be coming in a “few months”.

LORD OF THE RINGS: GOLLUM POSTPONED

Daedalic Entertainment announced that The Lord of the Rings Gollum has been postponed. A new launch date was not given. 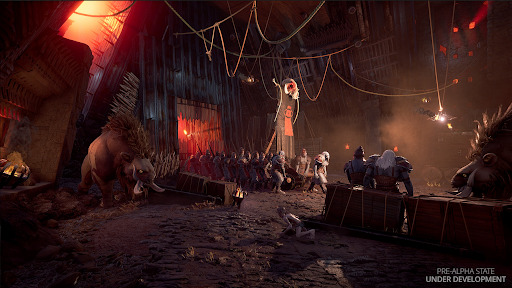 The announcement was done via Twitter with Daedalic saying that they would want to “deliver the best possible experience,” and that they decided to “push the release of The Lord of the Rings: Gollum by a few months.”

This is not the first time that the game had been delayed as the original launch date of the game was back in 2021. 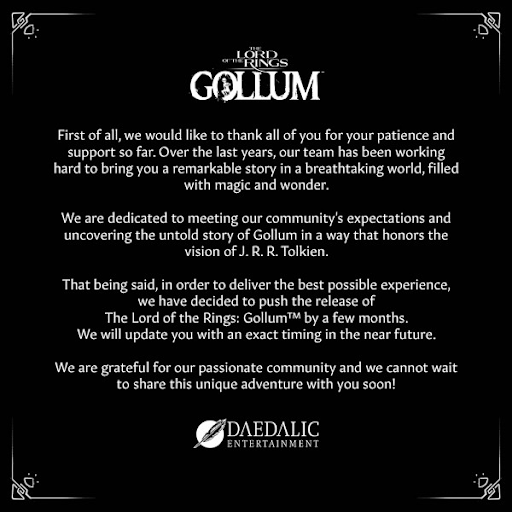 As mentioned above, a new release date for the game is not yet available. However, what we are sure of is that the game will be released for PC, PS4, PS5, Xbox One, Xbox Series X|S, and Nintendo Switch.

PRE-ORDER THE LORD OF THE RINGS: GOLLUM ON CHEAPDIGITALDOWNLOAD

You are sure to get the best deal for The Lord of The Rings Gollum here at Cheapdigitaldownload.com through our price comparison service and trusted stores.