Bloodious Games’ upcoming horror game called MADiSON will be delayed once again. This time due to the ongoing Steam Summer Sale 2022.

First-person psychological horror video game, MADiSON lets you play as Luca who is forced by a demon to do a vicious ritual. The game is set in a terrifying mansion. 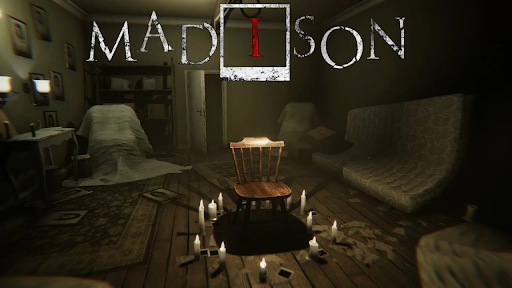 The game was first delayed because of some trademark issues. The following delay is because of the timing of the launch.

Bloodious Games say that the Steam Summer Sale 2022 can potentially affect the success of the game’s launch. 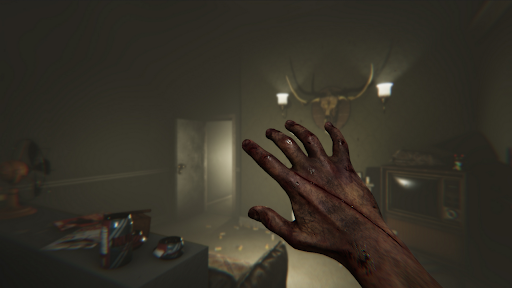 According to the developers, “releasing the game during this massive event can hugely reduce the visibility, positioning, and traffic of our title.”

They added that, “So, even though we understand this is not ideal, we really cannot afford putting the potential of the game launch at risk.” 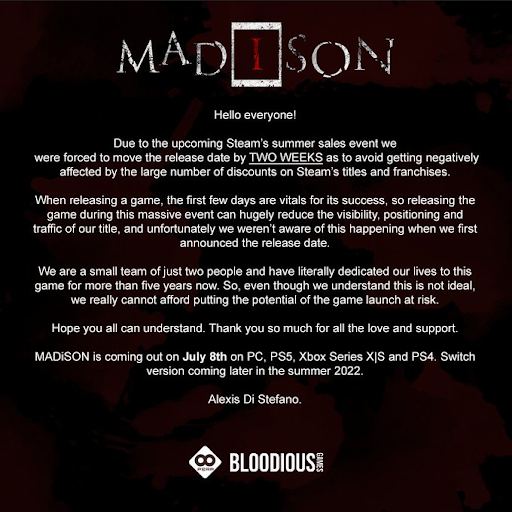 Get the best deal for MADiSON here at Cheapdigitaldownload.com through our price comparison service and trusted stores.