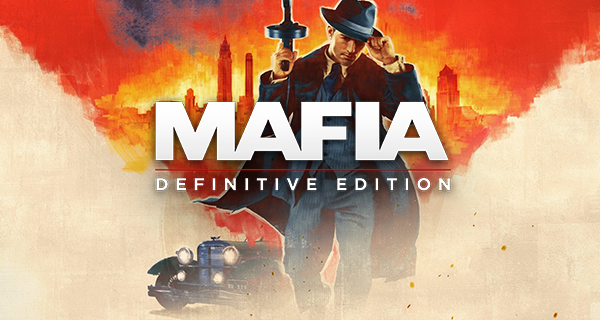 The latest game to be delayed due to the coronavirus pandemic is Mafia: Definitive Edition, which is the first game to be released for Mafia Trilogy.

Hangar 13 and 2K announced the unfortunate news in a dev update on Twitter. According to the update, they had to decide to push back the game’s release due to it being “increasingly challenging due to the ongoing global COVID-19 pandemic.” The devs also added that the last thing they want is to “compromise the quality of the experience.”

Mafia: Definitive Edition is a rework of the original game released back in 2002. It features re-designs such as the police aggression, fresh dialogue, new physics engine, and an expanded story.

The devs have certainly put a lot of effort for this project, and it’s not surprising that the release date has been pushed back in order for them to give the game more attention before launching it.

The good news is that we’ll all see “an extended look” at the game’s gameplay on July 22nd.

The devs also expressed their hearfelt thanks for the ongoing support for this project. 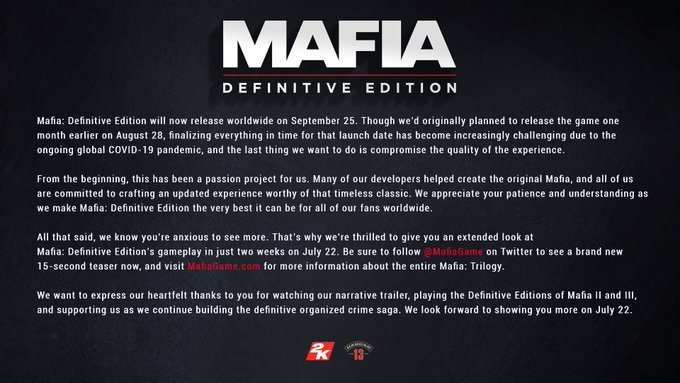 Mafia: Definitive Edition will now launch on September 25, 2020 for PC, PS4, and Xbox One.

I was kind of hoping to be getting this, but if they are able to release it in Sept. That’s not too much of a wait.