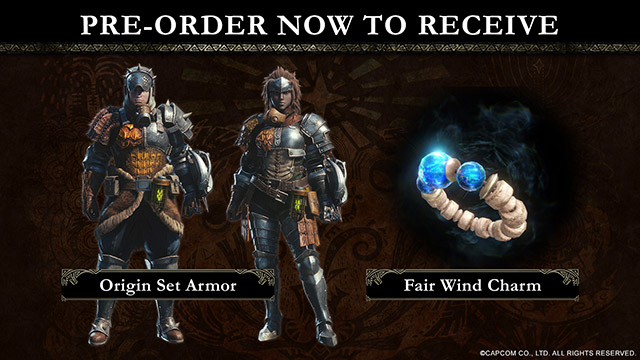 Capcom has finally revealed the Monster Hunter World PC release date. Those excited for the PC release will be happy to know that the game will be arriving next month.

Last January, Capcom was able to explain why the Monster Hunter World PC version will be launched later than those of the consoles.

The game’s producer, Ozo Tsujimoto explained that this was the very first PC title of the team and that they wanted to be perfect. And to add to that a new PC-specific matchmaking system had been built.

Other information available includes the pre-order mechanics of the game. Pre-ordering Monster Hunter World on Steam before the game’s launch will grant some bonus items to the players like the Fair Wind charm and the Original Armor set. A Digital Deluxe edition is also available which includes a set of samurai armor, three gestures (Ninja Star, Zen and Sumo Slap) as well as other interesting elements.

A new trailer for the launch is also available, you can watch it below:

Also, Capcom did say that the updates made on the console version will be applied gradually to the PC editor. It has also been confirmed that the PC version will support 4K and 60 FPS.