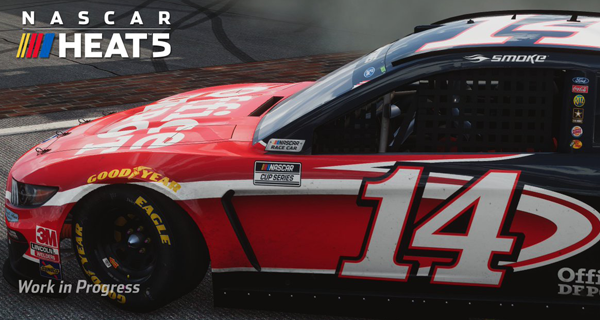 The NASCAR Heat 5 Gold Edition has been revealed and it will come with the winning car of Tony Stewart from the 2011 Championship.

The announcement was shared via a tweet which you can see by clicking on this link.

The Gold Edition will also come with Tony Stewart as an in-game spotter. In the game’s Career Mode, players are able to drive for the racing team Stewart-Haas. This team had been co-founded by Stewart and Gene Haas.

Not only will you get the car and the driver, but the Gold Edition also comes with a free Career Booster Pack, $125,000 in-game cash as well as extra Sunoco paint schemes.

NASCAR Heat 5 will come with some updates like the new testing mode where players are able to check their car setups and make the proper adjustments.

Also, the game’s Career Mode is now much more immersive. There will be official tracks available, a Challenge mode, some exclusive content, as well as eSports Support. Players also get a chance to be a part of the eNASCAR Heat Pro League qualifiers. Winning in this event would qualify players to race in a real-life NASCAR Team.

If you haven’t checked it out yet, we have the PC system requirements below:

NASCAR Heat 5 will be launching on July 7, 2020, and is available for PC, PlayStation 4, and Xbox One. The game is now available for preorders.