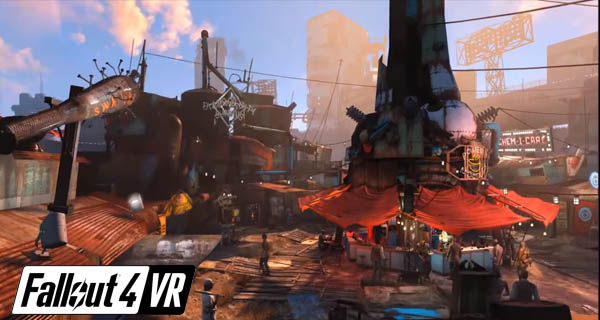 The new Fallout 4 VR gameplay video has been revealed by Bethesda Game Studios. The video launching is very timely since the game is going to launch very soon. It contains some tips that players can use.

The gameplay video features the game’s Lead Producer, Andrew Scharf, and the Community Manager, Jess Finster. The video is about six minutes long and it will give watchers an overview of what the game’s controls are and also the starting parts of the game. Jess is the one playing, using the HTC Vive headset and Andrew is giving her tips and walking her through the game. Watch all that in the video below.

Since the game is played on VR there are slight differences between the non-VR version. Players will get to see the difference in crafting, building and battling in order to accommodate the motion controls and the VR headset.

Fallout 4 VR releases on December 12. The game is exclusively available for the HTC Vive.