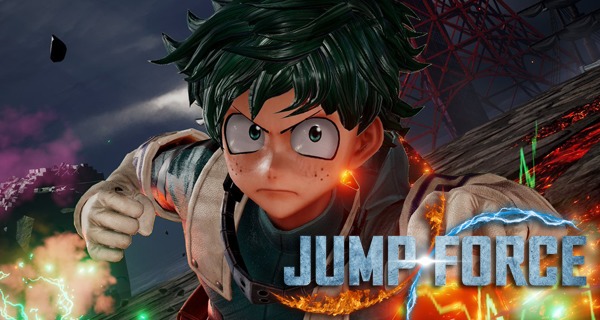 Bandai Namco was able to launch a new Jump Force gameplay trailer and it features two new characters that will be added to the game’s roster. The two new playable heroes have actually been announced previously, and it is just now that we were able to get a trailer for them.

If you are not in the know, Jump Force is an upcoming fighting game that features a roster of characters from the biggest anime around. This includes One Piece, Dragon Ball, Bleach, Naruto and so much more. The two new characters that are added to the lineup are from My Hero Academia and Black Clover. Players will be able to choose to play as Izuku Midoriya from My Hero Academia or Asta from Black Clover. As with all the characters in Jump Force, the special powers used in the anime will be the same with that if the character in the game. In this case, we could expect Izuku Midoruya’s One For All power and perhaps Asta’s Black Meteorite. Check out the video below to see them in action.

Jump Force is set to launch by February 15, 2019, and is available for PC, PlayStation 4 and Xbox One. As of right now, there is no news if the game will be available for Nintendo Switch.