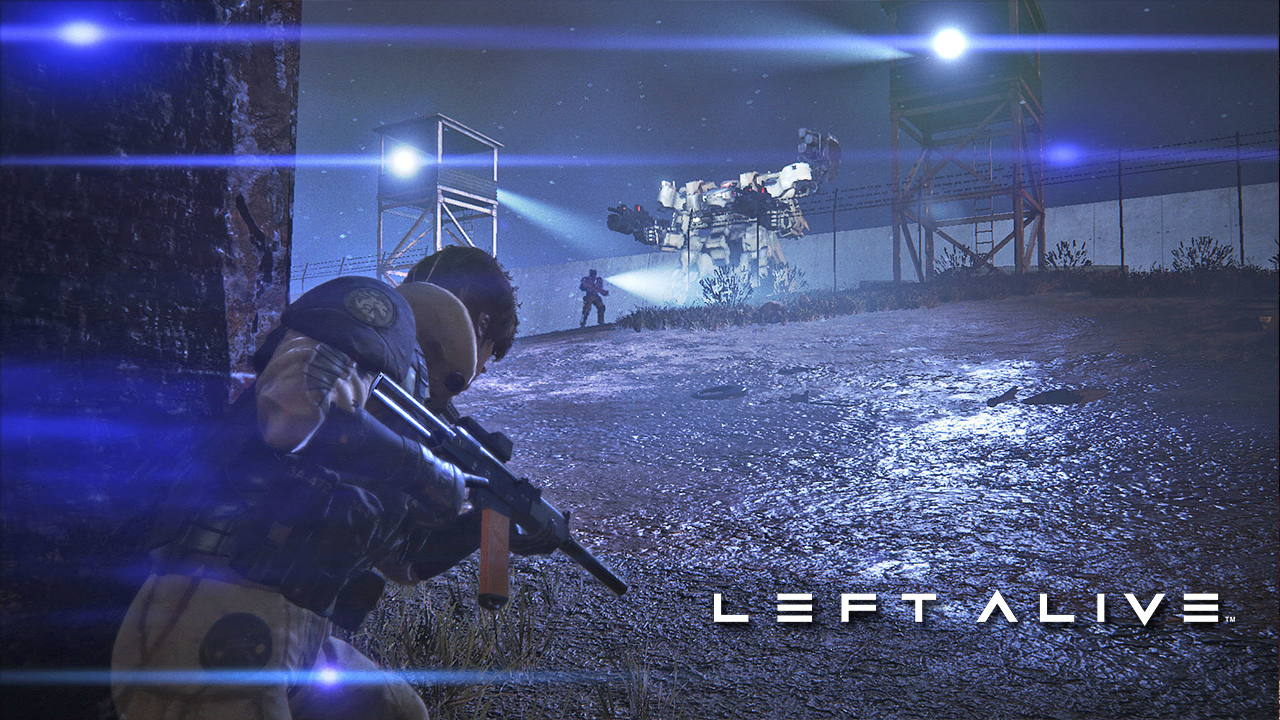 Square Enix was able to reveal new Left Alive gameplay footage. Left Alive is Square Enix’s upcoming survival, third-person shooter arriving this March. Just recently, the game’s producer Shinju Hashimoto took the game for a spin and shared the video so that we would have an idea on what the gameplay looks like.

There are a lot of notable people behind this game. The character designer of the Metal Gear Solid series – Yoji Shikawa. The mech designer of Mobile Suit Gundam 00, Xenoblade Chronicles X and Ghost In The Shell: Arise – Takayuki Yanase. Also, as part of the development team is Toshifumi Nabeshima the director of Armored Core.

We don’t want to keep you waiting, so below is the gameplay footage for you to enjoy. It is in Japanese but that is okay since you will definitely understand the game’s action.

You will get to see wanzers which are the mech versions found in the game. Also, the decisions that you make in the game will determine your ending as the game comes with multiple endings. The decisions needed in the game would include dialogue choices or helping NPCs.

Left alive will be on March 5, 2019, and will be available for PC and PlayStation 4. Pre-purchase the game to get the Day One Edition that will come with the base game, a digital soundtrack sampler, 5 exclusive wallpapers by Yoji Shinkawa, as well as Destructive DLC pack. For those in Japan, the game will be available 5 days earlier.