A new open-world Star Wars game could be released by Ubisoft this year.

Julian Gerighty, the creative director of Ubisoft has started a rumor that Star Wars fans are excited about. The rumor started with Gerighty’s tweet. 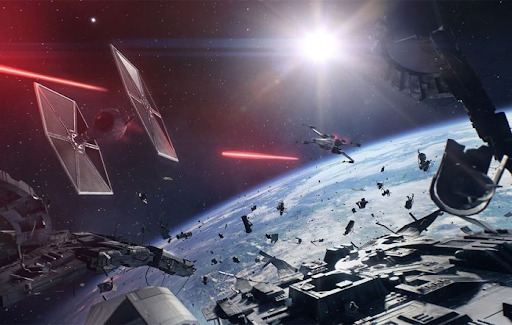 The tweet said, “Happy New Year to you all. 2023 is going to be huge for us. Join the adventure.”

The tweet also includes an image of the Star Wars logo along with Ubisoft, Massive Entertainment, and Lucasfilm Games. 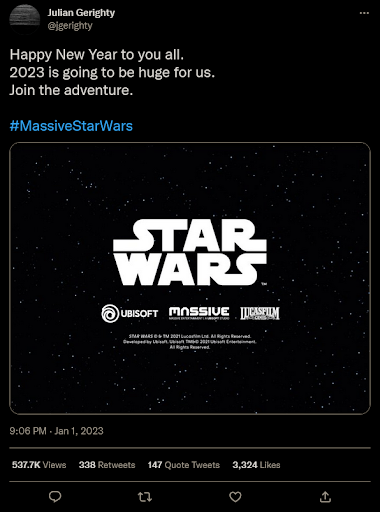 Another tweet followed saying “This seems to have sparked some interest! To be clear, I meant that 2023 will be huge for our teams building our game (which you could be part of!).”

We may need to wait for further announcements to know if a Star Wars game by Massive Entertainment is official.

Get the best deal when you pre-purchase Star Wars Jedi: Survivor on Cheapdigitaldownload.com through our price comparison service and trusted stores.