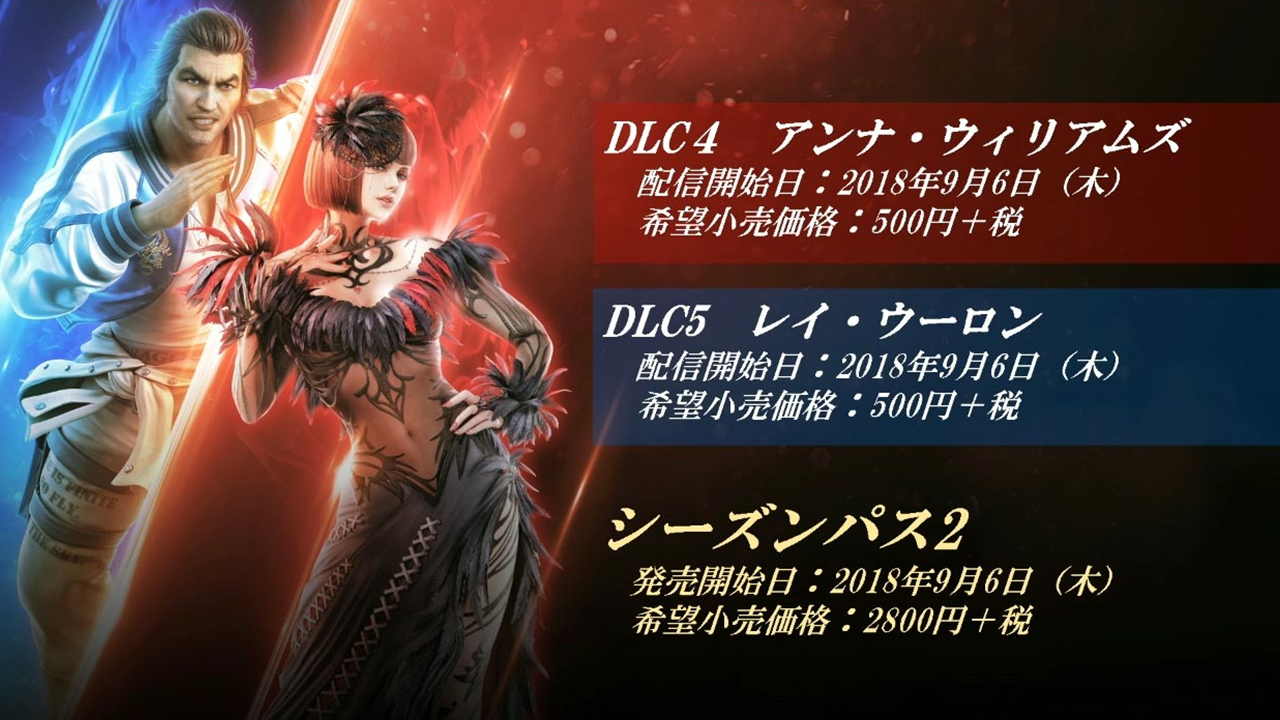 Katsuhiro Harada, the series producer shared new Tekken 7 Season 2 details. This had been done during EVO 2018 with a reveal trailer for the second season of content. And during his visit to the Tokyo Tenne Masters, Harada was able to discuss more about what fans can expect as well as other content rollouts.

It looks like the legacy characters will not be free. It has been confirmed that Lei Wulong and Anna Williams are part of the Season 2 Pass and can be purchased separately. Both Wulong and Williams had been revealed during EVO 2018 and fans were expecting them to be free. The Season Pass 2 cost about 2800 Japanese yen which is roughly $25 US. Wulong and Williams cost about 500 yen each so about $5 US each.

The two legacy characters will be available on September 6th and will come with some balance changes as well as the brand new “Wall Bounce”. The new Wall Bounce mechanic allows players to bounce off the walls in order to execute extended and devastating wall combos. The mechanic is quite hard to explain so Harada showed it via a trailer so fans could see it first hand.

Also, a simple combo system was made available allowing players to create pre-determined combos with simple commands. This is available in both online and offline modes but will be disabled during the tournament mode. A new gauge is also available to help you track how far you are from getting promoted to the next rank.

All the features talked about are said to launch in Japan on September 6th. However, there is no confirmation yet if that would be the same date for the rest of the world.

New characters are being added to the Tekken 7 roster, two of which are the coming back of Anna Williams and Lei Wulong. Also, joining in is the baddie of The Walking Dead – Negan!