Crystal Dynamics confirmed that they are in the early development of a new Tomb Raider game and that they will be using the Unreal Engine 5.

Dickinson added that Crystal Dynamics is thrilled to be a part of the UE5 release by saying, “This new engine translates into next-level storytelling in gameplay experiences. And that’s why we are thrilled to announce today that we have just started the development of our next ‘Tomb Raider’ game powered by Unreal Engine 5”. 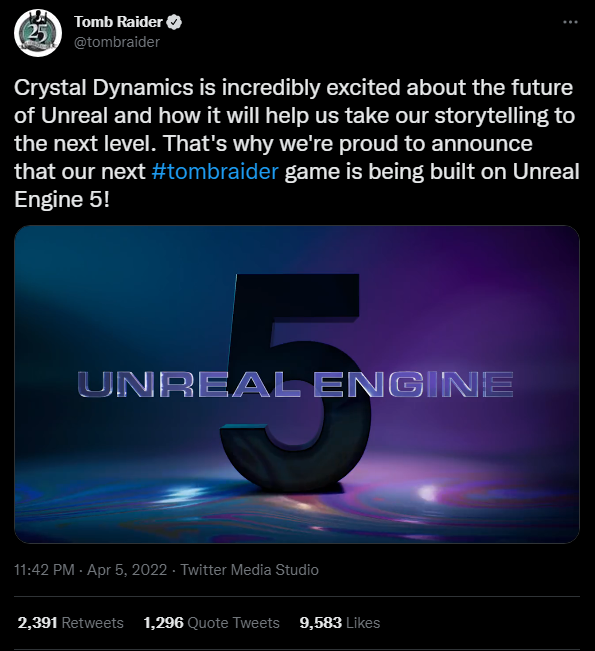 He added, “Our goal is to push the envelope of fidelity and to deliver the high-quality cinematic action-adventure experience that fans deserve from both Crystal Dynamics and the ‘Tomb Raider’ franchise. We can’t wait to take this journey together. Thank you, and congratulations again to the Epic Games team.”

The most recent Tomb Raider game launched in 2018, Shadow of the Tomb Raider was developed by Eidos-Montreal and published by Square Enix. The game had been nominated for numerous awards including Best Action/Adventure Game (Game Critics Awards), Best PC, Xbox One Game (Gamescom 2018). The game was also able to win Fan Favorite Female Voice Actor (Camilla Luddington) during the Gamers’ Choice Award 2018.

You are guaranteed the best deal for Shadow of the Tomb Raider here: