New World’s newest update is called Brimstone Sands and it is out now.

The largest content patch for New World has been released by Amazon Game Studios and it is called Brimstone Sands. 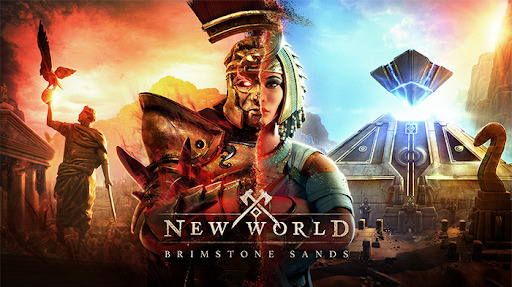 Brimstone Sands offers an early game that has been re-designed, a streamlined story to New World, a new zone and improved questing.

The new zone of Brimstone Sands is almost two and a half times bigger than Everfall. It has new stories and challenges and it is a territory that can be controlled.

The updated starting experience means that the game comes with new quests, stories and NPCs. All of these will help explain the new game mechanics and New World lore.

Exploration is kept fresh with all the different events, challenges and puzzles. The quests come with new dynamics.

New upgrades have been done to the zones by adding new quests, locations and enemies.

Amazon Game Studios will launch new fresh start servers on November 2 for those who would want to pick the game up for the first time, or come back to it.

Get to know the different editions of New World in this article: New World And Its Available Editions

Get New World for the best deal here at Cheapdigitaldownload.com through our price comparison service and trusted stores.