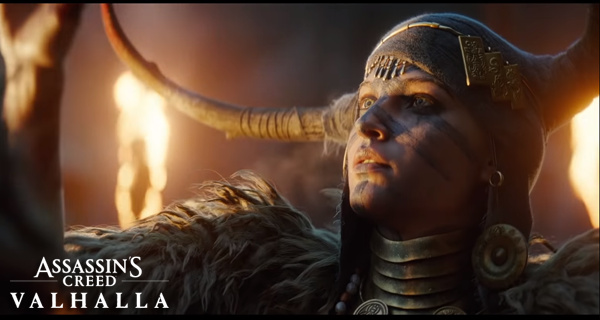 Assassin’s Creed Valhalla has been officially announced by Ubifost. Valhalla will let you play as the Viking Eivor and the game is set in the ninth-century England.

Players get to choose to play as either a male or a female version of Eivor, what we get to see in the cinematic reveal is the male version only. You will be leading your clan of Norse people in looking for a new home amongst the fractured dominions of England.

This is said to be the most brutal Assassin’s Creed ever as compared to the previous Assassin’s Creed games. There will be action-packed raids as well as a new combat system that comes with dismemberment and decapitation. Players will be going against the enemy Saxson strongholds to look for a home for your people.

As the Viking raider, players can use dual axes, swords, or if need be, shields. Eivor will be able to kill with great precision with the Hidden Blade which is making a comeback in Valhalla.

Get the first look at the game by watching the Assassin’s Creed Valhalla world premiere below:

The decisions made in the game will come with lasting effects throughout the game so every move that you make should be thought out carefully. Also, you are able to choose how to play the game, whether it be through diplomacy or the sword.

Assassin’s Creed Valhalla doesn’t have an exact launch date as of yet, but it is said to release by the holidays of this year. Valhalla will be launching for a bunch of platforms, from the current-gen up until the next-gen which are the PC (via a timed exclusive at the Epic Games Store), PlayStation 4, Xbox One, Nintendo Switch, Stadia, PS5 and the Xbox Series X.