Oculus Quest 2, the stand-alone VR headset from Facebook is amazing for games as well as keeping you fit with some of its chosen games. We have for you the Oculus Quest 2 Best VR Fitness Games.

One of the perks of having a VR headset is the physical exercise that you get when gaming! You get this with the full-body movement that you do when you go on your virtual gaming adventures.

The Virtual Reality Institute of Health and Exercise had been researching the effects of virtual reality gaming and the player’s health since 2017.

They created the “Exercise Ratings” which is a measurement for how many calories you can burn while playing a VR game and compare it to the same amount of calories burned through a specific sport.

A list is available where you get the values of the Exercise Ratings plus the equivalent of the estimates from the VR fitness site called VR Fitness Insider.

Oculus Quest 2 received its update 23.0 which gave it its fitness tracker. Oculus Move measures the activity movement that you do when playing any VR apps. This will estimate your calorie consumption. Fitness goals can also be set with this and will allow you to keep track of your progress.

We have listed a few games that can help you with your VR training plan to keep physically fit inside your houses. The games listed are for Oculus Quest and Oculus Quest 2.

Beat Saber is right now the best VR experience around. It is a rhythm game that is highly immersive letting you avoid obstacles while slashing boxes. 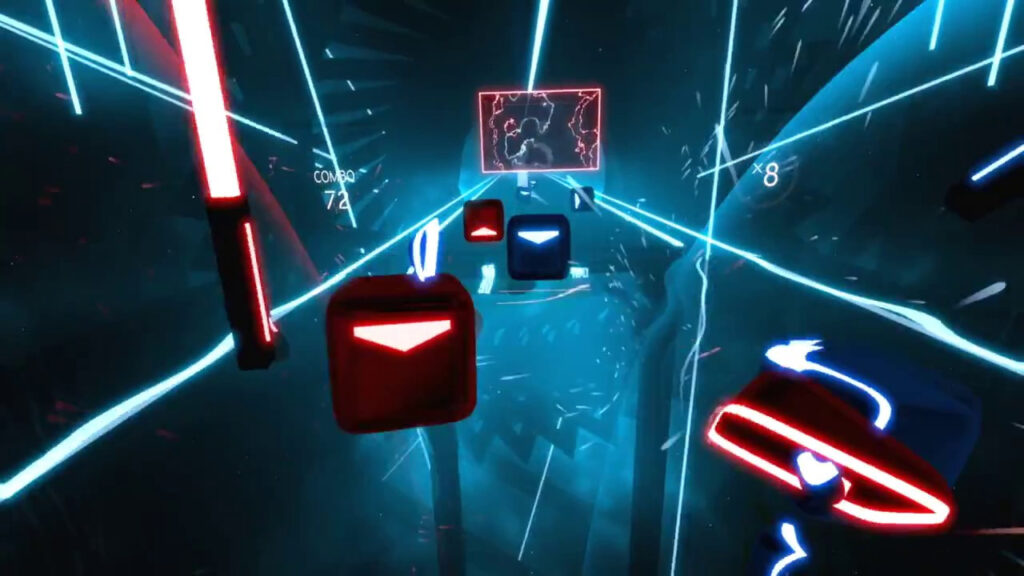 The game comes with several game modes like the multiplayer and campaign modes and you also get to compete on global leaderboards as well as locally.

What’s great about this is that a mod is available to customize the game to add more challenges.

Step into the shoes of Adonis Creed and rise to the ranks and be the best boxer in the world. 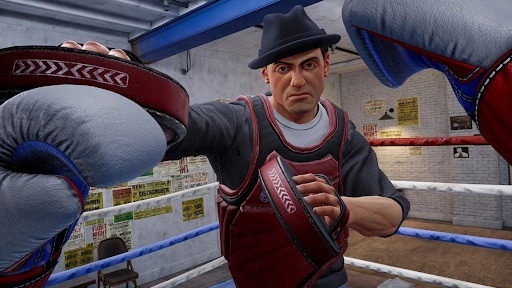 You will experience throwing actual punches with the game’s phantom melee technology. You will also feel the hits that you will receive.

Another rhythm game where you get to work out your entire body with a customized experience plus there are a lot of gaming options. 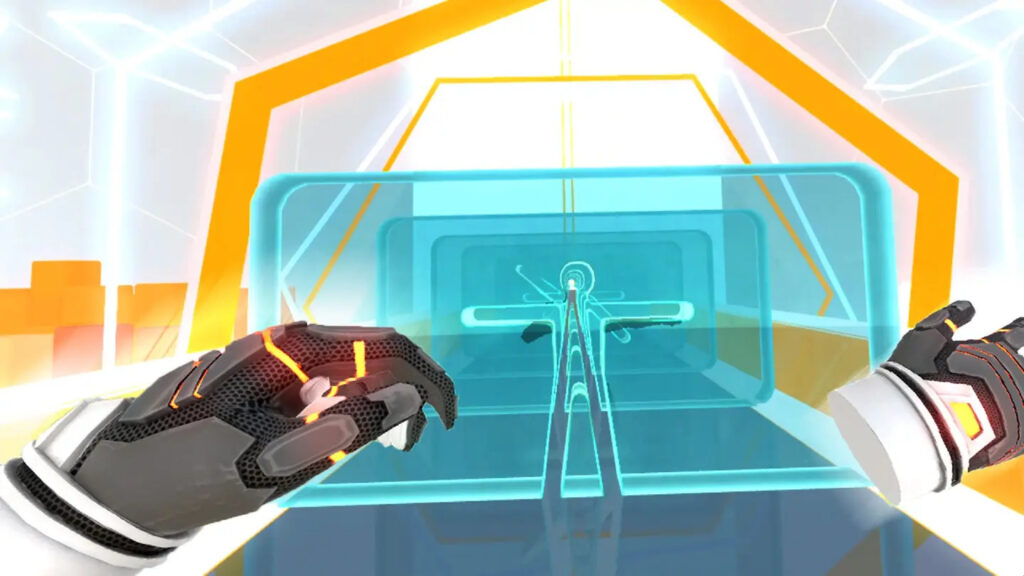 The game comes with 31 handcrafted levels plus 4 difficulty settings.

What we love about the game is its level editor, party mode, and workout challenge.

This is one addictive game set in a futuristic environment where players are able to shoot down hordes of droids. 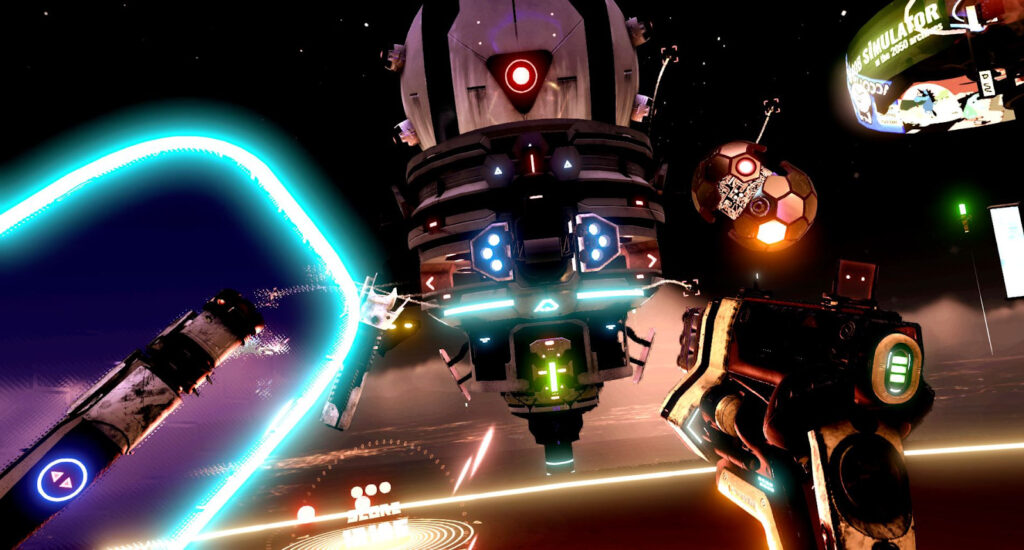 There are lots of enemies to shoot down, evade attacks by sliding, ducking, and dodging. This is a must-have when you own a VR headset. It has different game modes, as well as local and global leaderboards.

This game received a lot of awards. It is an immersive action game where time moves depending on your speed. 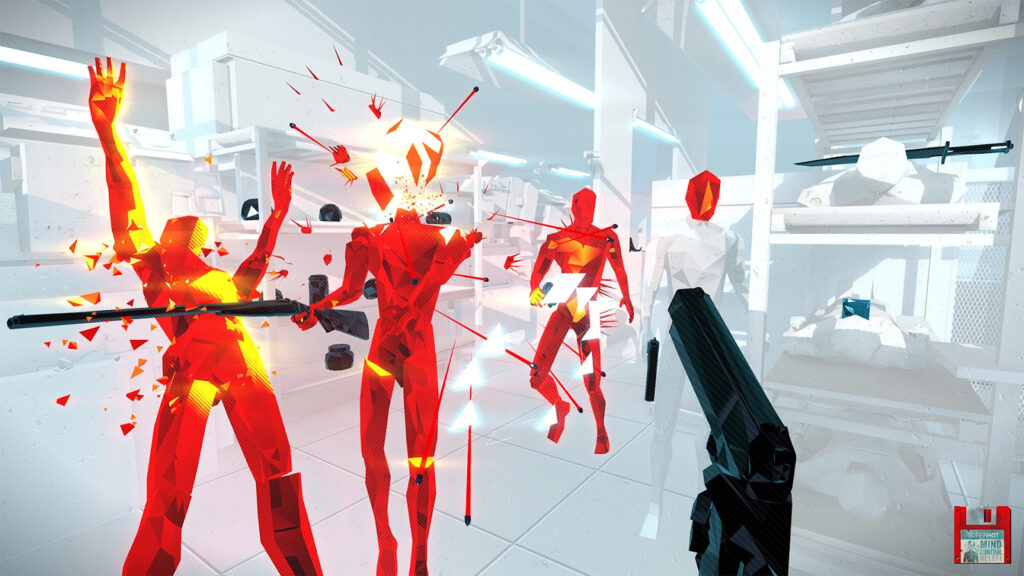 Aside from shooting your weapons, you are also able to pick up objects and throw them. Punching enemies is also an option. The catch is that you don’t have a life meter, once you get shot, you are dead.

Addictive is one word to describe the game, that “one more turn” usually turns into a couple more. This includes amazing speedrunners and a lot of game modes.

The Thrill of the Fight – VR Boxing

This game is great for cardio as well as improving your boxing techniques. You will understand how to land and block punches. The game offers a room-scale environment where you can use the entire ring to move around on.

Make sure that you have a lot of room when you play the game since you have to move around. You will surely get a great workout with The Thrill of the Fight – VR Boxing.

This game comes with different realistic sports like bowling, badminton, ping pong and baseball to exercise your whole body. All-In-One Sports VR is great for the family. It has a lot of customizations and a simple UI plus many difficulty settings.

Get the best deals for Oculus Quest, Oculus Quest 2, HTC VIVE, and Valve Index games, by checking out our VR catalog here at Cheapdigitaldownload.