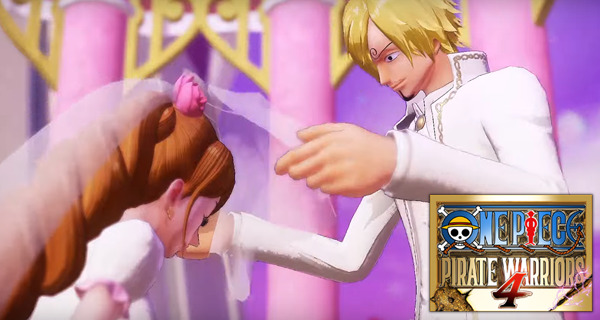 A One Piece: Pirate Warriors 4 TV Commercial has been launched by Bandai Namco Entertainment over the weekend. Just like with the other commercials for the Musou-style game, it featured one of the game’s arcs.

The video is, of course, in Japanese and it lasts about 15 seconds long only featuring multiple clips from the Whole Cake Island. Translated, the narrator is reminding everybody about “that emotional episode”. You can watch the One Piece: Pirate Warriors 4 TV commercial below:

Also, just before the release of this TV commercial, three other trailers had been launched featuring the three admirals of the marines who are Sakazuki (Akainu), Borsalino (Kizaru) and Kuzan (Aokiji).

Sakazuki known by his admiral alias Akainu was one of the three admirals but became the fleet admiral of the marines. He was able to become a fleet admiral by beating Kuzam in a 10-day duet. His devil fruit ability is Magma-Magma fruit being able to transform his body to magma.

Borsalino’s alias is Kizaru. He is also an admiral, so he has under his command thousands of soldiers. He has the “Buster Call” power where he is able to assemble the many soldiers on any island. His devil fruit ability is the Glint-Glint fruit, having the powers of light.

Kuzan was a former epithet known as Aokiji. He is a skilled navigator and is also able to do a “Buster Call”. His devil fruit is Ice-Ice fruit.

One Piece: Pirate Warriors 4 is set to launch on March 27, 2020, available for PC, PlayStation 4, Xbox One and Nintendo Switch.