One Punch Man: A Hero Nobody Knows Launch Trailer Revealed 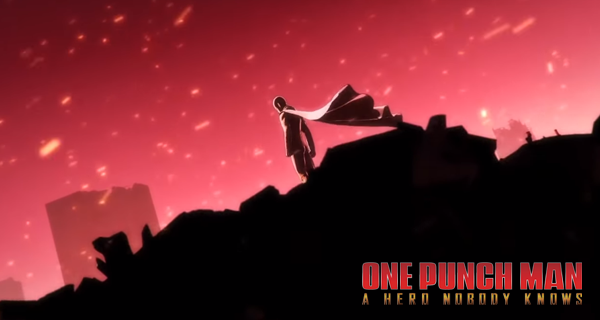 Bandai Namco has revealed the One Punch Man: A Hero Nobody Knows launch trailer. This gives fans an idea of what to expect in the game. It also teases what the Season Pass entails.

You, like everybody else, could be thinking that you will be playing as Saitama, the One Punch Man himself and just breeze through the game. Well, actually what you will be doing is to create your own character that will be joining the Hero Association and rise through the ranks until the top rank which is the S-Class is achieved.

Through the game, Saitama will still show up, usually late and will just finish the fight with his One Punch if needed. Speaking of Saitama’s punch, get to watch the launch trailer below as Saitama knocks out all of his opponents with his popular move.

The game is played in 3v3 tag battles. Along with the character that you created, you can choose from the different characters available in the anime like Genos, Stinger, Metal Knight, Mumen Rider, Hellish Blizzard, Melzargard, Speed-O’-Sound Sonic and so much more.

At the end of the trailer is a teaser for the Season Pass content starting with Suiryu who will be coming in April this year. The silhouettes shared are kind of easy to guess who the other characters would be, especially if you are a fan of the anime.

One Punch Man: A Hero Nobody Knows is set to launch in Japan on the 27th of this month and a day after for both North America and Europe. The game is available on PC, PlayStation 4, and Xbox One. Pre-ordering the game will give you Saitama’s Jersey and Black Suit outfits as well as a Saitama Mask.