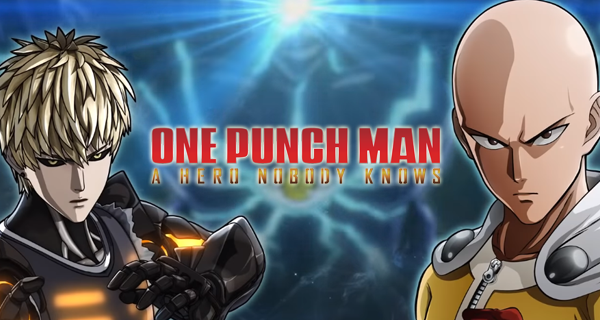 Another trailer for One Punch Man A Hero Nobody Knows has been launched by Bandai Namco. This is a character trailer and it introduces both the villains and the heroes that are playable in the game.

We get to see in the trailer the minor character’s Snek and Crablante as well as the villain Boros and the S-Class Hero Puri-Puri Prisoner. Here’s a quick overview of who the characters are if you are not a fan of this hit Anime. Snek who’s hero alias is ‘Biting Snake Fist’ Snek is an A-Class Hero. Crablante, on the other hand, is a humanoid with regular human legs and crab-like features for an upper body with crab claws to match. He was originally a human but was transformed into a monster because of eating too much crab. Boros or also known as ‘Lord Boros’ is the leader of a group of alien invaders called the Dark Matter Thieves. Lastly, is Puri-Puri Prisoner who is an S-Class Rank 17 professional hero of the Hero Association. He is actually the boss of the Prisoners of the Smelly Lid Prison.

As you have seen in the trailer, the signature moves of each character had been featured in the video. Right now, we don’t know if there will be other characters added to the game’s roster.

One Punch Man: A Hero Nobody Knows will be launching on February 28 available for PC, PlayStation 4, and Xbox One.