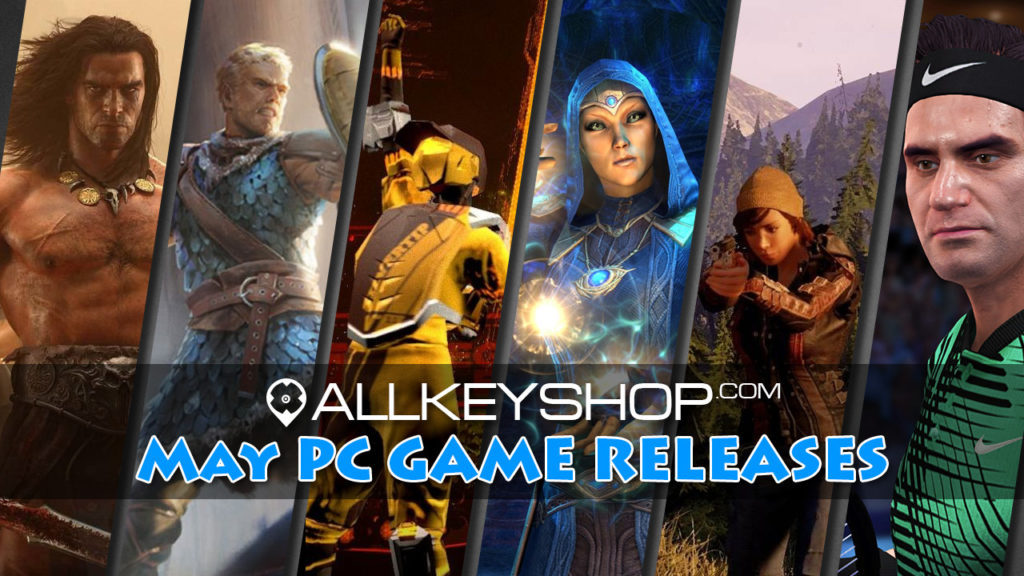 Nearly half of the year is done and time is flying by so quickly. Most probably, you are swamped with games on your library already and we are introducing more games to you to add to it. The PC game releases for May 2018 are as follows:

Thrones of Britannia is a part of the planned spin-offs for Total War. This is actually Creative Assembly’s first and it features specific historical events. The game is set in Europe, 878 AD and four kingdoms have been left fragile by foreign invaders as well as war. The game will allow you to rewrite a critical moment in history where you are able to unite four kingdoms into one nation under one ruler.

Welcome to the open-world survival game that Conan Exiles offers. You will be placed in a barbaric wasteland and you would not only have to survive but you must dominate as well, if not you could perish. The game offers a sandbox gameplay that includes history and lore. You can either play with friends or alone. There will be persistent multiplayers on public servers available as well. Get customized experience by taking advantage of the administrative tools given to you. Mod support is also available with over 450 mods to choose from.

Obsidian’s follow up to Pillars of Eternity is arriving this month and it is called Deadfire. The game will see the return of the god Eothas who was thought to be dead. You would have to find out why he has returned and to figure out whether to help him or put a stop to his plans. You would have to journey through an island chain called Deadfire which is infested with pirates. You will be using your trusty ship called the Defiant. Take care of Defiant, upgrade her and bring her to ship-to-ship combats.

Developed by Hero Concept, Doughlings Arcade has a classic formula that revived and reinvented the classic brickbreaker genre of long before. This time around special abilities, changing aesthetics as well as a level editor has been included. Get to finish all 90 levels as well as discontinuing the unique challenges that the game has to offer.

A fast-paced, sports arena game is yours with Laser League. The game features team battles that let you control nodes that has bright rays which can damage the opposing team. You must at all times evade the enemy’s light by using both your defensive as well as offensive abilities. This is an easy game to learn but has complex strategic possibilities for gameplay.

Part two of the hit horror survival game is out this month! This time you will have control over a community. You will be switching around different characters. Make sure to keep your characters alive as death is permanent in the game. Also, this time, players are able to play in co-op with up to three friends.

Tennis World Tour is one tennis simulation that you wouldn’t want to miss. The game features 30 of the best players in the world with perfectly reproduced movement. There will be 18 different types of courts as well as a complete career mode. This is one game that every tennis fan should have.

This is a squad-based RTS that will have players taking control of an army through medieval Europe. There will be four nations to choose from and all four are inspired by historical events. Advanced tactical options are available by using the battlefield terrain as well as the experience of your units as well as morale. Play with your friends in intense multiplayer battles that come with resource management as well as village construction.

The month of May sure has a lot of game releases. Any of the games tickle your fancy? Do check the best rates for these games with us here at Cheapdigitaldownload.com.