Why Play Mirror’s Edge Catalyst? Here’s Why According To EA 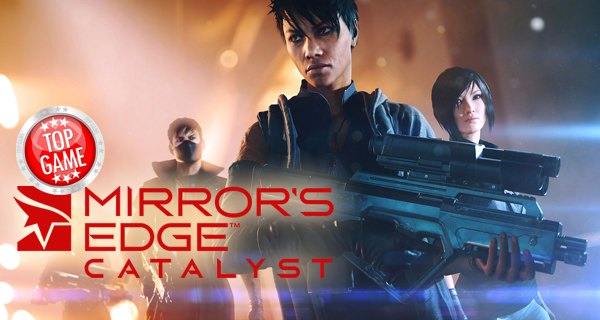 EA has listed down 64 reasons on why everyone should play Mirror’s Edge Catalyst!

Mirror’s Edge Catalyst is officially released today! Electronic Arts was able to make a long list of reasons why one should play the game. The list has 64 reasons to be exact, which is actually also a breakdown of the game’s features. The list consists of everything you would want to know about Mirror’s Edge Catalyst, from story to combat to runners and so much more.

At the bottom, we’ve added a video of the first 20 minutes Mirror’s Edge Catalyst. The video is made by YouTuber Arekkz Gaming. SPOILERS ALERT!

64 Reasons Why You Should Play Mirror’s Edge Catalyst

Faith Connors is considered as one of the best runners in the City of Glass. She has “peak athletic skills” and knows the in’s and out’s of the city district. She is an edgy, self-assured woman who has a troubled past. Get to know her story “through her eyes”.

You will use your momentum in the game as a weapon. Running, jumping, sliding and ducking your way through rooftops, pipes, wire lines and tight spaces, confident in every step taken.

The combat is very interesting because running from rooftop to rooftop may seem hard but what makes it harder is the enemies that are out to get you. Do not lose momentum as you can use this to inflict devastating blows to your enemies.

Set in the “pristine city” of Glass and under the evil Conglomerate’s rule. Faith will find herself being caught into the Anti-Conglomerate struggle. Get to know how Faith will deal with this in the game’s story. 5. The City of Glass

The huge City of Glass, with it’s bright and shiny exterior actually hides a dark secret. Get to explore this huge city and take on its missions for you.

The game’s next generation, high detail graphics brings the game to life. Made possible by the game’s Frostbite 3 engine plus the gaming industry’s best graphical artists.

7. New Attacks and Moves To Unlock

This time as you finish missions in the game, you will gain experience. You can use the Upgrade Points to level up your combat, movement, gear and learn new techniques as well. 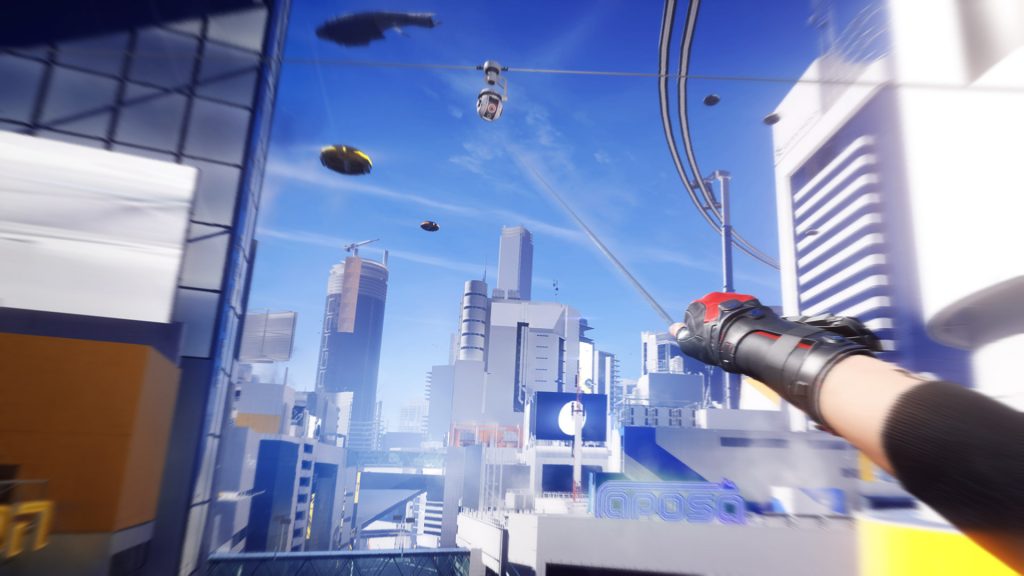 Allows Faith to latch onto specific points in the game’s environment. This is equipped on her forearm and will allow her to swing over wide gaps that she cannot jump over on. The MAG Rope can be upgraded when Faith interacts with the people as the game progresses.

The Runners are a special group who lives off the grid. They are the ones who doesn’t believe in the conglomerate rule. Living on rooftops and taking on odd jobs like becoming couriers or burglars is what they do. This faction is where Faith is a part of. 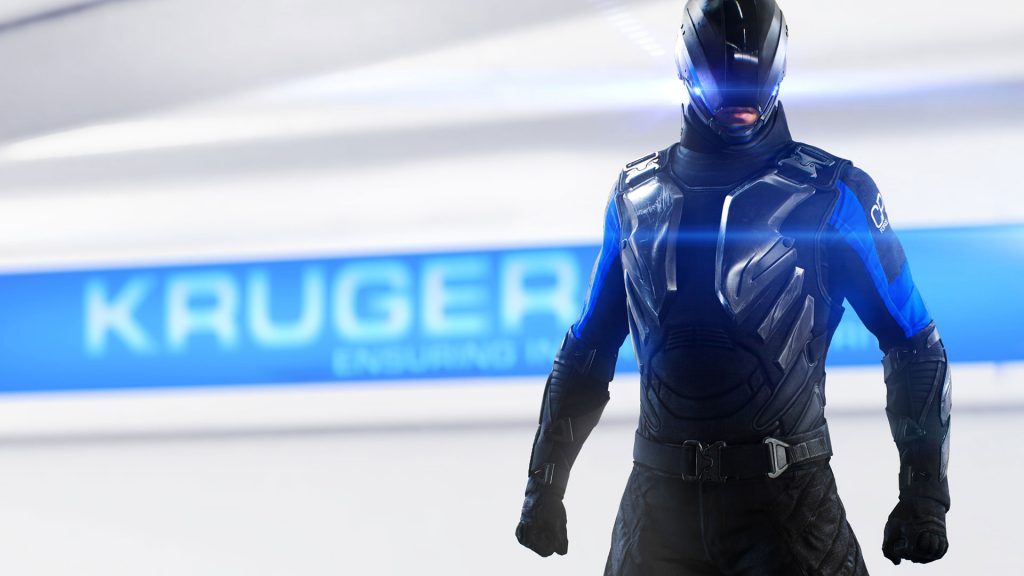 These are the fastest and tenacious among the trained enemies that you will have to take on. You better watch out for them, as they are known to be quick to deliver punishments.

The Beat is a very useful software that “piggy-backs” to the Grid (internet). With the Beat, you will be provided with navigational hints as well as encrypted communication channels that the conglomerate cannot access.

They are a resistance movement that you will eventually get to know as you progress in the game. They will do everything in their power to terrorize the authorities and to “incite a general revolution among the employees.” They are constantly being watched and pursued by the KregerSec.

This is an upgrade that is very useful to Faith. Disrupt uses Faith’s BeatLink and the MAG Rope’s power source to be able to make military grade communications rack. This is used to stun KrugerSec by disrupting their communication systems.

Finish delivery missions from the citizens of Glass and get rewarded. Try the challenging Dashes that has been designed by DICE. Be able to find the best route to your destination by using your fluid movement as you take on this challenge.

18. Discover the History of Cascadia

Discover what shaped the nation. Cascadia’s history as well as the key events that made the nation as it is.

Get lost in the Mirror’s Edge Catalyst’s world class soundscape! Every movement that you make is in tuned with the game making everything very fluid. Brought to you by the award winning sound team at DICE.

Meet one of the powerful Runner Elders named Noah, who is Faith’s mentor as she gets to be reunited with him.

A captivating night and day cycle awaits you in the game. The districts will be equally stunning in the day as well as at night.

Downtown is where you can also find the Runner’s Lair. It is found in the center of the city. A modernized district which brings thrill to the runners to explore.

You can find these orb-like items hidden across the city. You can collect these to get extra XP points. 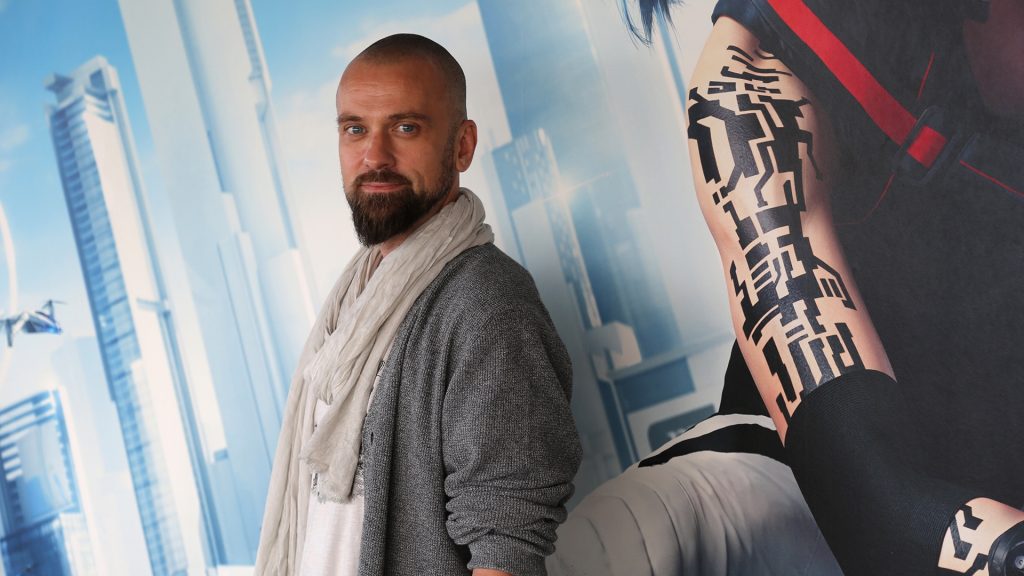 Featuring a dynamic soundtrack composed by the fan-favorite Solar Fields. You will get to run with the game’s ambient music and if you listen carefully you will be able to hear how the music evolves depending on how you play the game.

This will allow you to use the hook extensions to be able to pierce or grab onto objects like a panel that you can use to quickly jump off before it retracts. 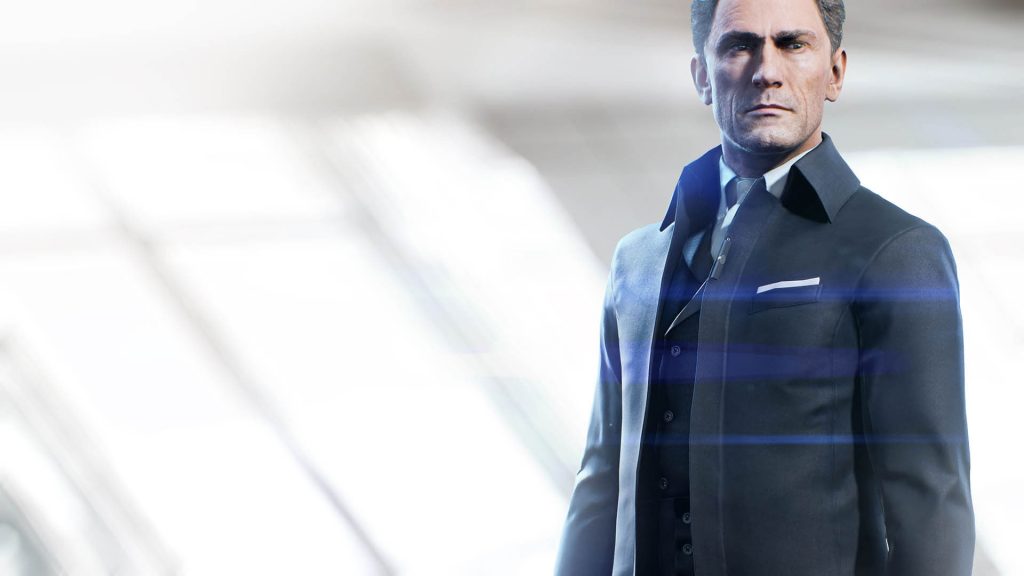 Get to know the game’s bad guy- Gabriel Kruger! The head of the KrugerSec who abhors the Resistance. You will get a chance to learn about his story as well. Meet the Runner named Birdman, he is the inspiration behind the runs against the Conglomerate. Right now he prioritizes feeding pigeons and contemplation.

Beat L.E. or also known as Bear Location Emitter. Set the Beat L.E. anywhere in the map, then got to play thrilling treasure hunts with your friends as well as other Runners.

The signature design of Mirror’s Edge is making a comeback. It is very futuristic and unique with very clean lines. Get to see the beautiful variety of the game’s environment as you explore the districts.

Be on high alert for the KrugerSec as they are always looking out for those who resist the Conglomerate. So if they see you as a threat. They will come at you with everything they got.

Get to master the Shift move to make you into an amazing Runner. With this move, you can gain speed and move sideways in any direction as well.

You will be able to find wire lines that connect the buildings. Which you can use as a zip lines not only to travel from building to building but you can use it as a weapon to knock out the KrugerSec upon landing.

This will be a great challenge because Faith will not have any guns to use in the game. She only as her feet and fists to use with her free running and her combat skills. This is Sky City

Sky City is the immaculate building that the Conglomerate considers as their ultimate achievement in architecture. As you dive deeper in the game and get to know more about The City and The Shard.

Dogen is a black market which also sells contraband. Faith Connors has a big debt to pay off to Dogen. You make your own Runner Tag and leave your Mark on the City of Glass. To have this displayed, you can hack a billboard or get a high score on the leader board for you to see this displayed for everyone.

Glass City is not only beautiful it is also very high tech. Data in the city is being shuffled through a router called Grid Nodes. These are not supposed to be accessed by regular people, but Runners are able to hack into it and navigate it making them the Ultimate Runner.

Explore the OmniStat Channels which is a tunnel complex. This was once a part of the OmniStat desalination plant. Runners are free to move here since the KrugerSec personnel and regular employees are off limits to this area.

Mirror’s Edge Companion is a very handy app. This is available for Android, iOS and Windows Phone. With this app you can bring the game everywhere. You will be able to connect to your Runner’s profile, check game news, customization and in-game progress. Build up your skills for hacking KrugerSec propaganda billboards and change it to show your Runner Tag.

Unlock your Wallrun and Double Wallrun skills as you progress in the game.

Faith Connors has a rival named Icarus. You will not only be competing for a spot as a top runner but also for Noah’s affection.

Search for all the hidden Easter Eggs as you run through the game. Rebecca Thane is one of the characters you will meet in the game. She is the head of Black November who is purely driven by revenge since she lost her friends in the November Riots.

The Shock Protectors are actually the toughest enemies you will encounter in the game. They have a high tolerance to your physical attacks. So make sure to use your momentum while “ traversing the environment” in order to land substantial blows to them.

Anchor is “one of the most affluent areas in Glass and future home of the most opulent shopping center in Cascadia”. This shop is a symbol of the way of life the Conglomerates have. As a Runner, this is not your cup of tea.

52. Take Down the Guardians

Guardians are the weaker of the enemies in the game. They are so easy to deal with. Echoes embody the other Runners in the city. This can be seen in the Time Trials. A plus is that you can personalize your Echoes for others to recognize you.

Nomad is one of the characters that you will meet in the game. He is also a close friend of Faith and a self-proclaimed outcast and artist.

Runner Kits are unlockables that can give you access to Echo customizations, Layers for Runner Tags and so much more!

He is the best coder there is. He is a bit aloof but a true asset for all Runners. Kuma, a small robot is one of Plastic’s pet projects. Kuma has an evolving AI core making him quite crazy and unpredictable.

This is a runner move that will allow you to tackle sharp turns. This will help you to navigate the city that looks like a red guide, which you can turn it on or by a mission. However, you can turn this off if you want.

Don’t forget to catch a glimpse of the beautiful Ocean Glass View it is so stunning. You might lose focus for a moment.

You have to search every nook and cranny of the City of Glass to discover the many secret areas that it keeps. Enforcers are enemies that are effective in ranged combat. A tip in beating them is to be real close to them when attacking.

Find out if this tunnel during the Omni Stat days is actually true called the Development Zone G. The KrugerSec has been denying this though. Take traversing to a next level by hitching a ride on the city’s drone surveillance systems. Travel up high in the sky!

If you are not yet convinced in playing Mirror’s Edge Catalyst. Watch this gameplay video and it will surely change your mind. **WARNING! SPOILERS ALERT!** 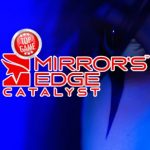