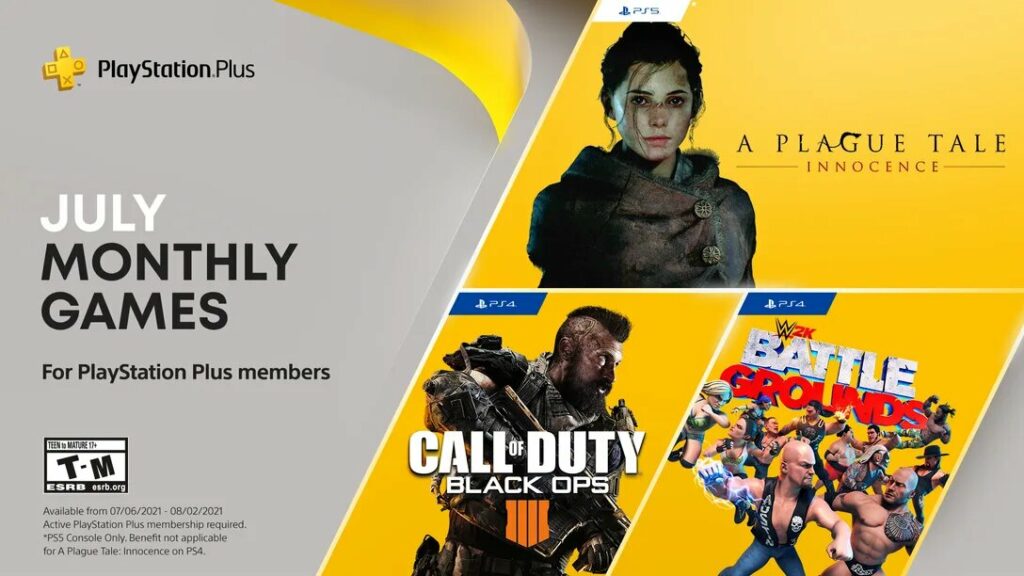 Sony has finally shared the games that will be available with PS Plus and it is an action-packed month. Those who have a PS5 get A Plague Tale Innocence and those playing on a PS4 get the Call of Duty Black Ops 4, WWE 2K Battlegrounds. The games are available to download up until August 2 only.

Also, Virtua Fighter 5 Ultimate Showdown is still available for the PS4. Although it is included in the June lineup, you will be able to get it until August 2 too.

Experience the story of the siblings Amicia and Hugo who are trying to get away from the Inquisition and avoid the rats that are everywhere carrying the plague. They only have each other to count on and survive.

This is a critically-acclaimed game that is available to be played in 4K, 60 FPS and fast loading times available in the PS5.

Black Ops 4 is one of the games available for the PS4 on the PS Plus and it comes with three action-packed game modes. Get to play with other players from around the world with the multiplayer mode. The Zombies mode will have players facing off with the undead. The Blackout mode brings intense battles with the weapons, characters and locations found in the series.

he WWE 2K Battlegrounds will have you playing as your favorite WWE stars. The game comes with a Story Mode where players get to unlock other characters and other stages. You can also wrestle with other players from around the globe with the Online Tournaments and fight your way up to be the King of the Battleground. You can also play with your friends with the local multiplayer.