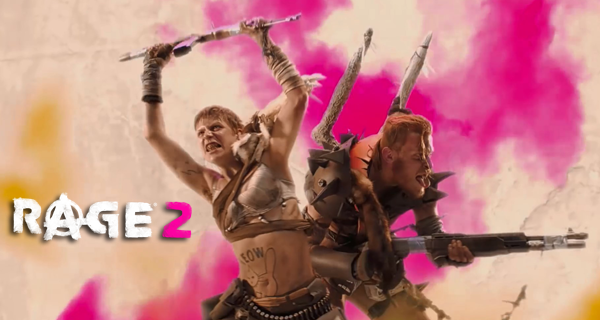 Another Rage 2 cheat has been shared by Bethesda. It is another commentator cheat, and this time it is called “Diamond Geezer”. The first commentator cheat was called “He’s on Fire” and it featured the voice of Tim Kitzrow from NBA Jam.

The Diamond Geezer cheat features the voice pack of Danny Dyer, the television legend. You get to hear him say lines like “proper naughty!”, “Get your nut down, son!”, “Walk it off”, “Look at those fxxxing barret”, “Dodge that, you muppet” and so much more.

Dyer’s voice added tot he game a British spice that only he could bring.

To get this, as well as the other cheats available in the game, you would have to look for the Wasteland Wizard. This Wasteland Wizard according to Bethesda is a “mystical sage with universe-altering powers, who can be found wandering the wasteland. The cheats can be purchased with in-game money (basically free, since you don’t have to shell out real-life money for it).

And if you have the Deluxe edition of the game, it will already come with three cheats immediately.