Randal’s Monday: It’s Monday Over and Over Again 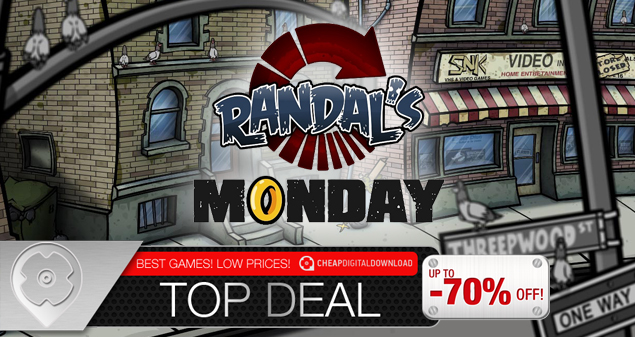 Imagine having to live and relive each day as a Monday where you’re also trying to correct the mistake you’ve also done on the same day. Enter the world of Randal Hicks – a kleptomaniac, sociopath, and <insert every single bad thing to describe a friend here>. It seems like our main character is in a slump due to his greedy little deed of selling off his friend’s engagement ring which resulted to his friend, Matt, committing suicide and Randal having to bear a curse. Now he has to relive each day as a Monday and try to break free from the curse that he’s got himself into.

Randal’s Monday is a point-and-click game that promises players an awesome playtime (which depends on how much time you spent in front of the TV when you were a kid), a “bazillion references to the geek culture”, ZOMBIES!, epic twists along the way, and a “hilarious script” written by some guy’s friends’ barber (yeah, figure it out, ha!).

The game also includes a free copy of some games (depending on which store you’re gonna purchase it from; pre-orders only) including Deponia, and Edna and Harvey: The Breakout.