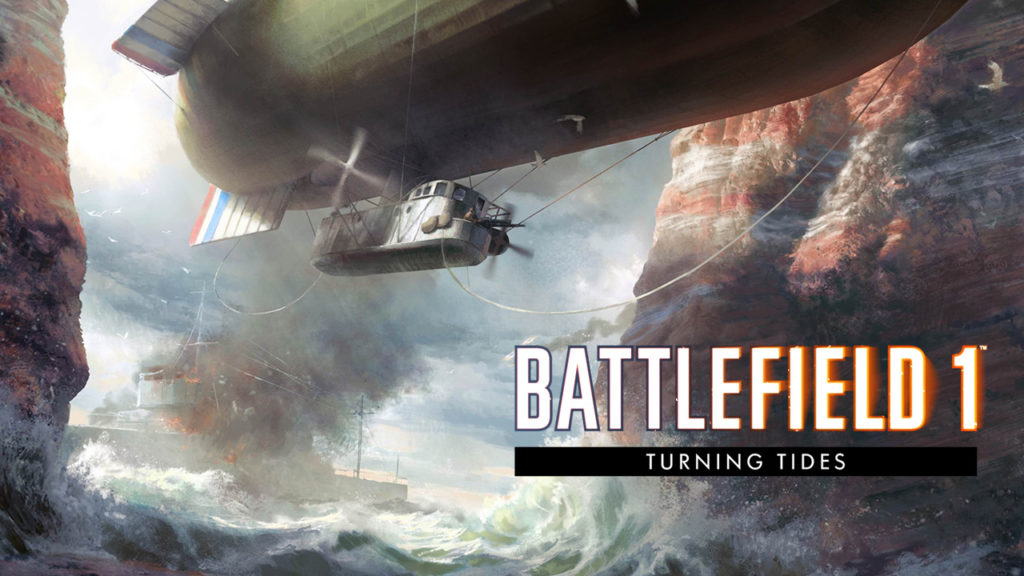 Battlefield 1 Turning Tides is the newest expansion of this World War 1 shooter. The expansion’s release schedule was announced to be very soon. This will come with new weapons, new maps, a new Operation as well as a new Elite Class.

There will be two waves of releases for this expansion. The first one will come out on December 11 and is set in the Gallipoli peninsula during the 1915 British amphibious invasion. This will come with two new maps which are the Cape Helles and Achi Baba, a new Infiltrator Elite Class, six new guns, two new melee weapons, as well as an L-Class Destroyer. Also added are New Specializations, Service Assignments, and Unlocks.

The second wave will be available next year, January. This wave will bring players to the North Sea with two new maps: the Zeebrugge and Heligoland. Take on the new Royal Marines and Spawn on the C-Class Airship in this wave.

In other Battlefield 1 news, players of the game that were not able to purchase the previous expansions are able to try them out for free available from November 22 up until December 4 and December 8 to December 10. The two expansion are actually They Shall Not Pass and Name of the Tsar. Also, an November 27, the Frontlines mode will be added to the Suez map.

Players are also able to play through “Conquer Hall” and “Iron Walls” from November 22 to December 6, through the Fall of the Empires Operation Campaign.