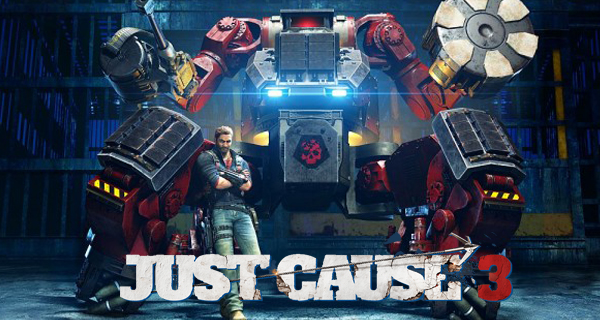 Get to play Just Cause 3 Mech Land Assault DLC this coming June 3.

Just Cause 3 Mech Land is going to be available tomorrow (June 3) for all those who have bought the expansion pack. If you plan to purchase the DLC by itself, it will be available to you by June 10.

From the Land, Air and Sea expansion pass, the Mech Land Assault is the second DLC. This expansion will introduce you to the island of Lacrima that has an abandoned eDen research base as well as a prison camp that is controlled by the mysterious Black Hand with his Mechs.

Rico Rodriguez will get to command powerful Mechs plus a Bavarium Power Core the newest technology in energy weapons. What else can you expect from a bad ass game, except for a bad ass weaponry as well.

The new Mechs will allow Rico to throw enemies, vehicles and chaos objects around like tennis balls – increasing the scope of physics based fun.

…the Mechs give you the opportunity to mess with your surroundings in creative explosive ways.

You can get Just Cause 3 Mech Land Assault for $11.99. You can also get the Air, Land and Sea Expansion Pass for $24.99, this will include all three DLCs.

Get the Air, Land and Sea Expansion for the best rate from our price comparison stores.