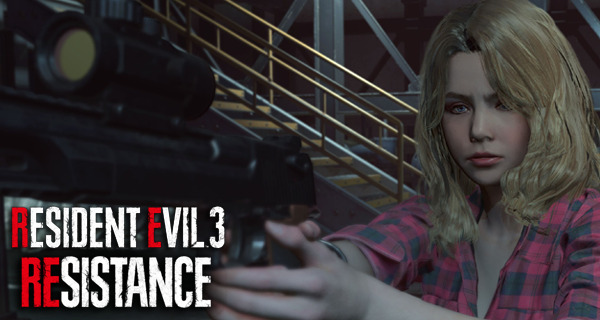 Resident Evil 3 is launching in just a few days. Just recently a demo has opened for the game, and this weekend, we get to try the game’s multiplayer with the Resident Evil Resistance open beta. This actually started yesterday and will run up until April 2nd.

The Resident Evil 3 demo had been received greatly by both critics and players. The graphics and gameplay are amazing which makes the expectations for Resident Evil Resistance a bit high.

Resident Evil Resistance comes for free with Resident Evil 3. Those of you interested will be able to try this out right now for PC, PlayStation 4 and Xbox One before the game officially launches.

Resistance is a 4v1 asymmetrical multiplayer that will have 4 survivors go up against 1 Mastermind. To have a greater chance against the Mastermind, the 4 survivors must work together to kill the zombie hordes, and solve puzzles in order to escape Raccoon City. The Mastermind’s job is to prevent the escape from happening by placing traps and enemies.

Those who are planning to play the Resident Evil Resistance open beta on PC, we have the minimum system requirements below:

Resident Evil 3 can be pre-ordered right now and the game is set to launch on April 3, 2020. Those who pre-order the game will get an exclusive classic Costume Pack for Jill and Carlos. The game can be played on PC, PlayStation 4 and Xbox One.