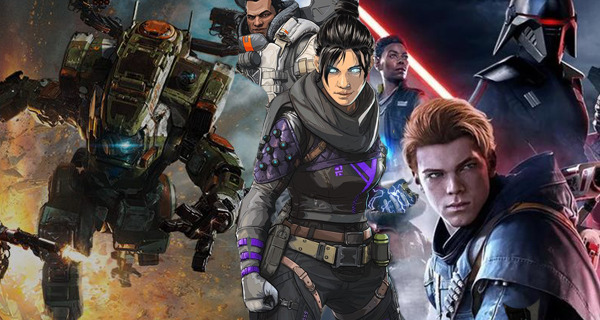 Vince Zampella, the Respawn boss wrote in a post, “It’s been incredible to watch Respawn and the talented group of people continue to grow, from the initial first-person multiplayer shooter team to something that is so much more today. Our growth underscores our desire to innovate and challenge convention having created award-winning single player campaigns, a massive, fun and free battle royale game with unique characters and story delivered through a robust live service, and even an immersive VR experience coming later this year.”

He also added that, “If last year is any testament, we plan to continue delivering great new games for our fans to enjoy for years to come. 2019 was one of the most memorable yet, starting with the launch of Apex Legends in February through to the reveal of Medal of Honor: Above and Beyond and the release of Star Wars Jedi: Fallen Order. Of course, we can’t forget Titanfall, which is near and dear to everyone here at Respawn, as it’s the franchise that really helped put the studio on the map and show the world the caliber of games that we want to make. Steve Fukuda and team were instrumental in bringing that series to life.”

Also since Titanfall had been dear to the studio, Zampella was asked in a recent interview with IGN about the future of the Titanfall Universe. He said, “there’s nothing currently in development. But it’s always there. You see little bits of stuff coming back [through the lore in Apex Legends]. At some point, I would personally like to see some kind of resurrection there. We’ll see if I can make that happen.”

We are sure excited about whatever is next for the studio. May you have many years to come Respawn Entertainment. Happy Anniversary!