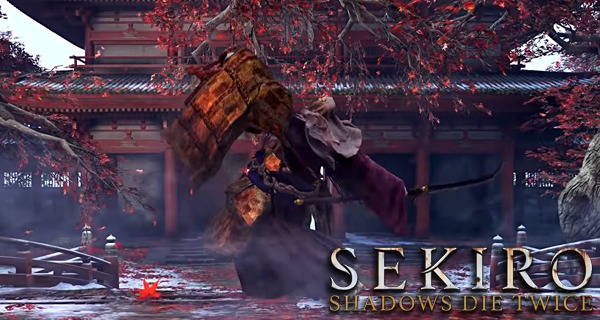 The trailer is really short, running at just half a minute and the focus in on the Corrupted Monk. This is one enemy that you should be wary of because he has the ability to guile you to a false sense of security and when your guard is down, he will then strike!

What’s interesting with this trailer though is that it is the only thing that we have got that shows off a level of the game. Meaning we have seen very little of it and it will already be launching in two months.

The video trailer as mentioned above is very short, we get to see a beautiful Japanese bridge covered with autumn colored leaves and a few patches of snow, at the other end the Corrupted Monk will appear and slowly make his way towards you. It is creepy and at the same time mesmerizing because of the stunning environment. Get to watch it below:

Sekiro: Shadows Die Twice is set to launch on March 22, 2019. It is available to be played on PC, PlayStation 4 and Xbox One.