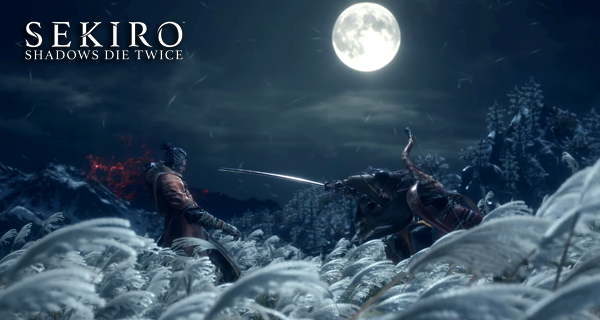 With Sekiro Shadows Die Twice launching in just a few days, FromSoftware shared the official gameplay overview trailer of the game. It gives us a quick overview of the game’s story as well as giving a few tips about the game and introducing the protagonist’s prosthetic arm.

The video starts off by welcoming you to “a vision of Japan unlike anything you’ve experienced before”. The game is set during the closing years of the Sengoku period where conflict and bloodshed in prevalent. You will be following the story of the Shinobi called “The Wolf”. As a young boy in the battlefield, he is taken in by “The Owl” who has taught him everything he knows. He is then tasked to protect “The Divine Heir” from the Ashima clan.

The Wolf has a prosthetic arm that can help him with his mission as it can be outfitted with different items like the grappling hook, the loaded axe, the loaded spear, and so much more.

Get to watch the full Official Gameplay Overview trailer below:

Sekiro Shadows Die Twice is set to launch on March 22, 2019. The game can be played on PC, PlayStation 4 and Xbox One.