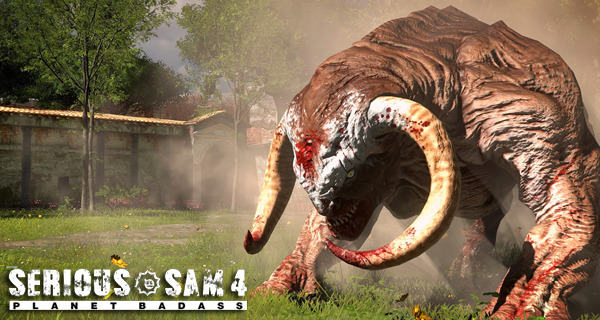 Serious Sam 4 Planet Badass is a prequel to the Serious Sam series. It still comes with the chaos and carnage that the game is known for. But with the game’s new Legion System some seemingly impossible levels are now made possible.

As with all the Serious Sam games, the enemies are noteworthy. With Planet Badass, some enemies from the franchise are making a comeback which are the Headless Kamikaze, and Scrapjack. There are new enemies as well like the Processed, Belcher and Zealot.

The game will of course come with all the fun weapons that the series is known for. Making a comeback are the double-barreled shotgun, minigun, and chainsaw launcher. There will be new weapons as well like the high powered auto shotgun.

You can play the campaign alone or team up with friends for a 4-player online co-op. Destroy the hordes, complete the missions and sidequests together.

Serious Sam 4 Planet Badass is available for pre-purchase. The game comes in a Standard and Deluxe Edition. The Deluxe Edition comes with:

Serious Sam 4 launches by August for this year available for the PC.