Sharing 5 Things That We Know About Anthem! 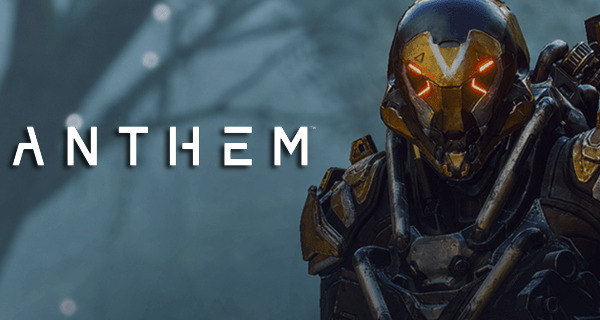 BioWare’s Anthem is surely one of the most anticipated games of E3. And because BioWare really isn’t having a great run for the past few years since Mass Effect Andromeda’s flop, we are hoping that this game can turn it around for them as there is a lot riding on this. We’ve listed for you five things that we know so far from the details revealed during Bioware’s presentation.

Firstly, you must check out the game’s trailer below:

General Manager Casey Hudson shared some amazing gameplay footage during E3 and added that the game will be launching on February 22, 2019. This is actually five years since the game has been teased.

THE GAME IS ONLY AVAILABLE ONLINE

You can read up on the tweet confirming this here:

You need to be online to play https://t.co/KsojxJ0rvJ

NO ROMANCES WILL BE AVAILABLE

In an interview with Game Informer, Lead Producer Mike Gamble said that there won’t be any romances in the game. There will be some friendships through like those that we have seen in Mass Effect 3 Citadel DLC.

FOCUSES MORE ON CO-OP RATHER THAN PVP

The game will not have PvP at launch. Players will be able to create 4-man teams and even teams with fewer people, even solo but the multiplayer interactions are all cooperative in nature. You can play solo as well if you’d like but you will not be assisted by any AI companions.

NO LOOT BOXES OR PAY TO WIN JUST COSMETIC MICROTRANSACTIONS

With the new information given, we are sure that we will be having more of Anthem very soon. Do keep it with us for the latest Anthem updates.

A gameplay trailer has been revealed for Anthem and it looks great. Last year’s trailer reveal was so perfect that a lot were not convinced that it is real.