Skull and Bones Delayed Once Again

Skull and Bones has been delayed once again by Ubisoft and a new release date has been given.

Ubisoft has delayed Skull and Bones once again with the game having a new launch date of March 2023. 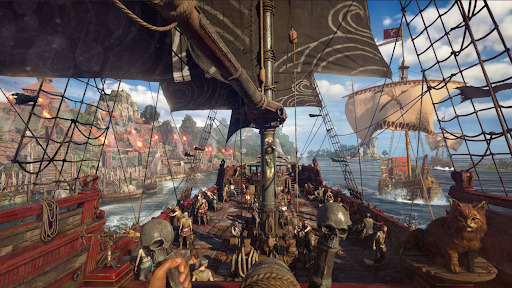 The game had been delayed numerous times already since 2018. It is being delayed once again as Ubisoft announced that they would need a little more time to work on the game.

Ubisoft’s statement reads “the extra time will be used to further polish and balance the experience using players’ feedback from our Technical tests and Insider Program.”

Ubisoft adds that an open beta will be available “in the near future” for those who would want to try out the game before it launches.

PRE-PURCHASE SKULL AND BONES ON CHEAPDIGITALDOWNLOAD

Get the best deal for Skull and Bones here at Cheapdigitaldownload.com through our price comparison service and trusted stores.

You can also get the best deals for video games in an instant with the Allkeyshop Browser Extension.