Skull and Bones Pushed Back Once Again

The upcoming Ubisoft pirate game, Skull and Bones has been delayed once again. Three more games have been canceled as well.

SKULL AND BONES PUSHED BACK ONCE AGAIN 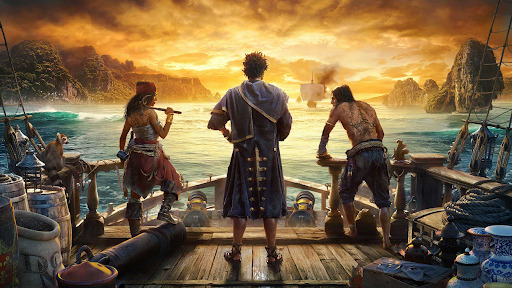 In the recent quarter, Ubisoft posted poor financial figures. After that, they announced the cancellation of three unnamed games due to the “major challenges” in the industry.

Ubisoft also stated that they are increasing “cautiousness over the coming years”. Just last July, they also canceled four other games.

They are aiming to reshuffle funds as well as restructure their focus. This could have been one of the reasons for the delay of Skull and Bones.

Fans of the game are in disbelief because of the delay, however, Ubisoft said that it is for them to have a “much more polished and balanced experience.”

As of right now an exact launch date for the game is not available. Ubisoft however said that the game will be launching in the fiscal year of 2023-2024.

Get the best deal for your Skull & Bones CD key here on Cheapdigitaldownload.com through our price comparison service and trusted stores.

You can also get the best video game deal at an instant with the Allkeyshop browser extension. Make sure you download and install yours now.