The Sonic Colors Ultimate physical version has been put back because of logistical problems as announced by SEGA.

Sonic Colors Ultimate is now available digitally. The game is a remake of Sonic Colors which launched in 2010. Players who would want to have a physical copy of the game would have to wait because of logistical concerns.

Digitally, the game is already available. It can be downloaded for PC, PS4, Xbox One and Nintendo Switch. 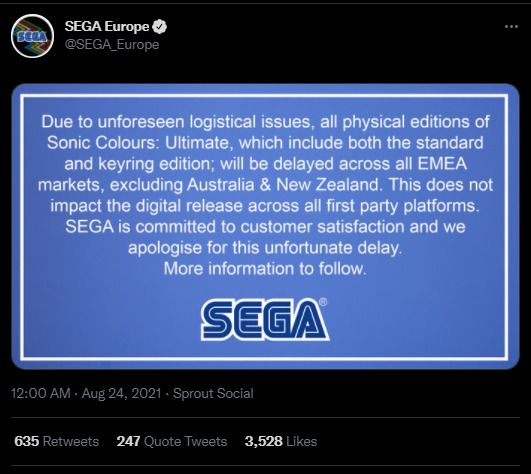 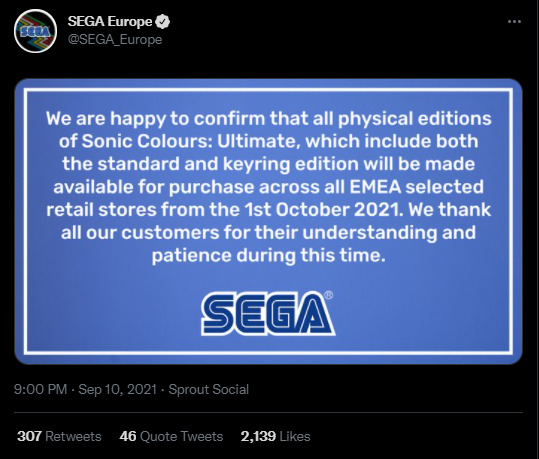 The physical version’s delay was because of the ongoing pandemic which made it difficult for global shipping. No worries though, since in less than a month we will get to see physical copies available.

When the game launched, it did face some issues, especially for the Nintendo Switch version. The problem reported was graphical issues.

It has been said that the Switch version’s frame rate had been capped at 30FPS which is the same as the Wii version. The loading times had also been reported to be laggy.

SEGA acknowledged the problems are working on fixes.

You are sure to get the best deal for Sonic Colors Ultimate here at Cheapdigitaldownload thanks to our price comparison service and trusted stores. You can also get great deals for other cd keys, game codes, antivirus, operating systems and more.