South Park The Fractured But Whole Has Gone Gold 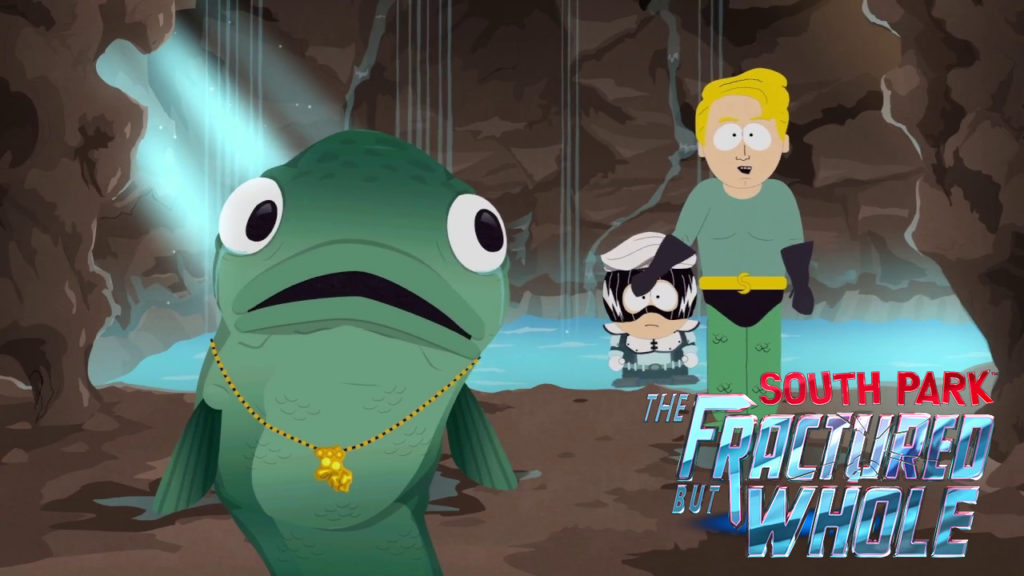 Ubisoft’s South Park The Fractured But Whole has gone gold.

The newest South Park game is finally out of development and has gone gold! This highly anticipated RPG launches on October 17, 2017.

A brand new trailer is released by Ubisoft in order to celebrate this milestone. The trailer is here to whet your appetite for the game and as usual, it’s twisted humor is ever so present, poking fun at Kanye West the controversial rapper.

Featured in the trailer is a gay talking fish who asks for help from a superhero named Semen and his sidekick. They were asked to help the talking fish’s mom to get into heaven. You will see this as sort of a mini-game that looks like a cross of Floppy Bird and Robo Unicorn Attack.

In relation to Kanye West, he actually has a mobile game currently in development called Only One and it is about his late mother going to heaven on a unicorn.

Also, a reference to the episode “Fish sticks” from season 13 from the animated South Park animated series of 2009 was shown. It featured a parody of Kanye West’s “Heartless” with a song called “Gay Fish”.

What are your thoughts on the trailer? And what do you think is the reaction of Kanye West to this? Tell us in the comments below.